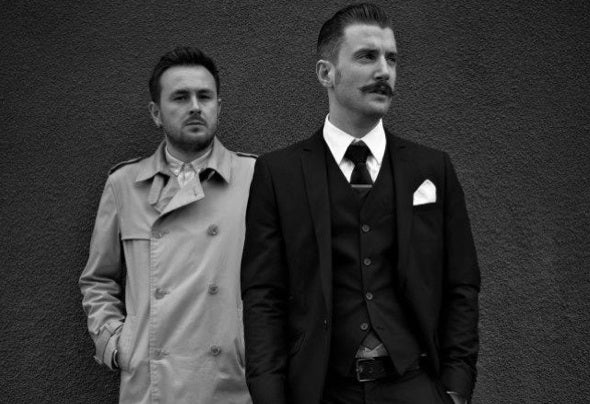 Since meeting whilst students in Leeds, these two friends have shared their passion for music. The pair immersed themselves in the city’s clubbing and live music scenes and after discovering a mutual appreciation of Techno, Classic House, Indie, Acid and a lingering t eenage love of Met al; t hey began making music together.Early demos generated murmurs of approval amongst bloggers, clubbers, open-minded members of the indie glitterati and earned them a residency at the one of the UK’s most prominent club nights, Wax:On. Shows in the UK and Europe followed along with original EP’s and remixes which won them the support of fans and landed them a guest mix spot on Radio 1.Summers spend darting back and forth between English festivals and Ibiza residencies were paired with winters spend in a dark studio full of old synths. Those long days helped tighten and focus their sound producing a number of original EPs and a host of remixes for artists including People Get Real, Jon Dasilva, Twin Sister, Everything Everything, Justin Robertson, Dengue Fever and Peaking Lights.The Twins have continued to focus on their efforts in the studio in conjunction with DJing and have a number of original EPs and remixes scheduled for release in the coming months.