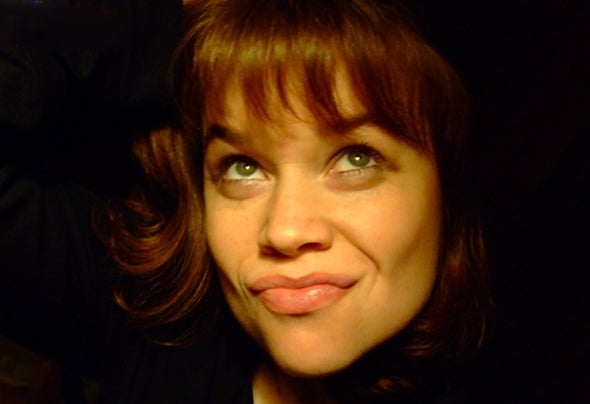 Alfida is a really unique artist. Being a vocal diva, producer, hit-maker, DJ, owner and general manager of AlmeZZo Records, vocal teacher is her distinctive feature. Alfida is a professional singer, prize-winner of international contests, music producer, author and performer of her own songs, DJ and jury member of children vocal contests. She also teaches vocal in Moscow High Jazz College. As a singer she participated in such well-known festivals as "The voice of Asia", "East stars in Moscow", "Music Sabantuy (Tatar folk festival)" etc. Alfida studies music production and tries to find out her own musical style through many years. She combines West and East musical traditions as she was born and grown up in Uzbekistan. She sings in different languages and frequently combines them in her songs. Alfida's vocal teacher was a well-known person Anna Rudneva. In 2008 she graduated from Dj Groove Audioschool (RU) /Mikhail Pravda’s class/. In 2 years after her appearance on the global electronic music scene Alfida produced more than 50 DIGITAL releases by USA, English, German, French, UAE and Russian labels in collaboration with Russian and foreign producers. Some of her tracks took up top positions in leading music charts, such as Beatport, Juno, Audiojelly, Djdownload, iTunes. Her tracks are supported by well-known DJs not only on the dance floors but also on air of many world radio stations. At present Alfida works closely with the French major label George V Records, which is famous worldwide for its legendary Buddha Bar compilations. Buddha Bar Volume XIII includes one of Alfida’s songs Allaya Lee (Original mix). The song immediately got into iTunes charts in many European countries. Also the label made Alfida a request to include her song Ne muchay (in Russian) into the "A Night @ Buddha-Bar Hotel" compilation. Alfida goes beyond just one genre. The spectrum of her art is really wide, starting with acoustic romance, going though club vocal-house and ending with energetic electro psy-trance. You may say with confidence – this is Alfida style.