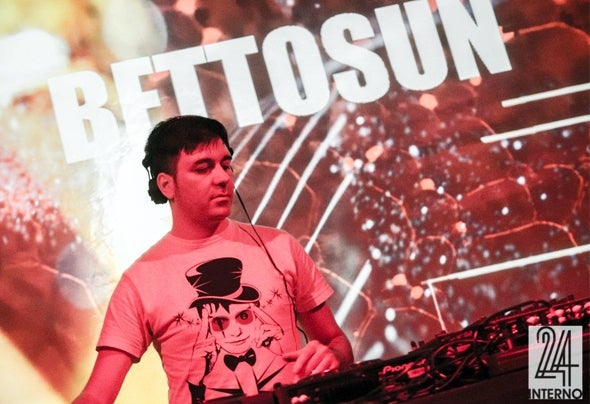 Born in Cagliari in 1974, Bettosun started buying records at 15 and became a professional deejay at 20.His sound has been influenced by a long range of genres, but he preferes electonica with a funky flavour. He is a frequent player in all the most important clubs in Sardinia and some of the most relevant europewide. He has performed as a deejay at Ovest Club, Microklub, Biggest, and others, all in Sardinya Island,in Europe at Moog ,Macarena and City hall Barcelona .As a music producer for Biatch corp,Tarantic,Celestial,Sakyusic,6th studio records and Nuhar ,and label manager whit Ness to Mono records. His own record shop "Mono", based in the center of Cagliari (Sardinia) is the favourite cove of all the hard- core electronic fanatics in the island.