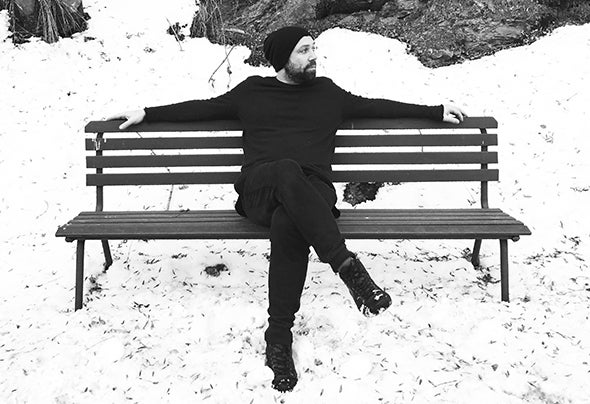 When the recent story of barcelona’s electronic music life is mentioned, HERR holds a determining and active place in the evolution of the scene over the last 10 years. Always operating behind the decks, reaching an optimal balance between his increasingly ability with the records, Hernan consolidated its full integration into Barcelona’s electronic community leading and managing rising parties from ilegal warehouses to beach raves.Born in Buenos Aires (Argentina) and living in Barcelona (Spain) since 2001, Hernan Herrera landed in Europe and after leading some of the most popular event schedules on the best Catalan’s capital beaches he has found a strategic location that ended up being a completely decisive move in his career.HERR has gained international respect and consistent reputation touring influential clubs like Fabric, Watergate, Warung, Corvin, Katerblau, Pacha, Egg, Sankeys, Harry Klein, Crobar or Uberhaus among a large number of the industry’s key players and some of the most important cities on the map, sharing stages with some of the most prominent dj’s on the world electronic music scene. He also was one of the founders and spearheads of FACT, but the Argentine left the direction of the worldwide recognized events promoter brand to concentrate himself on what brought him to this point: The Music.Thus Hernan did a powerful impulse to his career with his recent Boiler Room but mostly without neglecting his producer role. The large flow of musical references or big names he played with, shocked deeply the Argentinean in terms of inspiration for new nuances and stylistic horizons. His particular tasteas exquisite music selector and stylistic versatility as a dj, placed Hernán as one of the local rising stars, able to drive any dance floor and club’s environment at will, with impressive technique and a wide vision of underground house and techno.