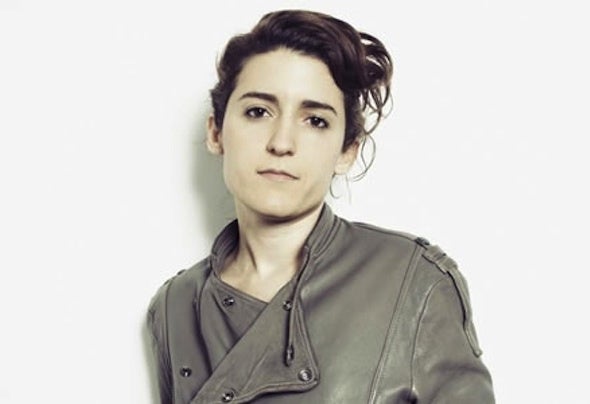 Deniz Kurtel developed a deep love and connection to the sentiments of electronic music during her studies in the USA. Growing up with constant exposure to art from her mother, an influential artist in Turkey, and years of classical piano training left her with a professional work ethic and a passion for art. An accomplished interactive sculptor, she quickly made a name for herself in the experimental art scene in New York, specializing in light sculptures with the use of LEDs and mirrors. Her work has been the centerpiece of countless Wolf + Lamb parties in Brooklyn, and has appeared in various art festivals and exhibitions such as Burningman, Communikey, Horizons, Love's Secret Domain, and Rabbit Hole. Bringing her LED art background and her musical talent together, Deniz has built a LED installation to use for some of her live shows, that responds to her music. Discovering the Wolf + Lamb parties at the now famous Marcy Hotel in Williamsburg in 2005, Deniz became an integral part of the duo’s life, parties, label and musical journey. Inspired by the label’s distinctly avant garde take on underground house and techno, she turned her attention to producing electronic music. In little over a year, Deniz has begun to dazzlingly innovate with her own forward-thinking and esoteric take on deep, sultry house and techno, and the results radiate with magnetism. Deniz Kurtel's first releases were the ‘Whisper’ EP and her remix of No Regular Play's 'Owe Me' on Wolf + Lamb and her 'Yeah' EP and remix of the single ‘Fables & Fairytales’ by N/A on Crosstown Rebels, which has picked up noteworthy attention from many leading figures.. In March 2011, Crosstown Rebels released Music Watching Over Me, the incredible debut album by Deniz Kurtel. Featuring 12 sublime tracks, including a completely fresh version of her debut single, 'Yeah', Deniz entered the techno and house elite with this release, and was featured on the cover of DJ Mag's April 2011 issue as "The New Queen of House". Her album was accompanied by the big hit single, 'The L Word', along with a remix from Guy Gerber in February 2011, followed by another single, "Best Of" with a remix from Dixon and a special rework from Deniz.ret Domain, and Rabbit Hole.