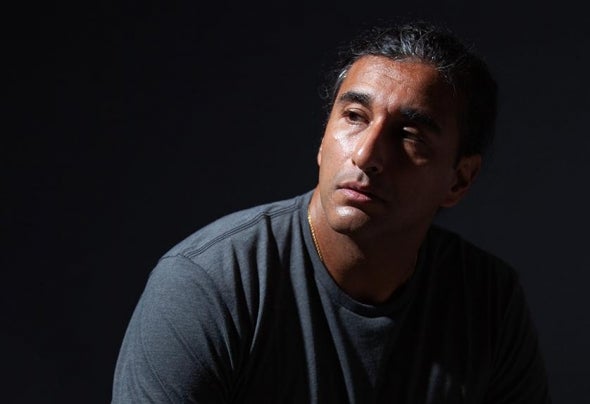 DJ, Producer and Curator of Hidden, Deepak Sharma has been entrenched within techno for over a decade.  Tough, raw and gritty describe the man, his music and label. Perseverance is another word synonymous with Deepak Sharma: an unrelenting passion for music and sharing his sound through a belief so intense, his soul pours out and bears itself within each release and DJ set.  Known for a cerebral approach to music, he demonstrates his ethos that DJing is about creating a moment, often through taking crowds on a hypnotic journey and building energy, with a room as one towards a higher peak.  While DJing is his calling, his label also requires the utmost care through each carefully curated offering, slowly and steadily building a catalog greater than most accomplishing the rare feat of forty-three  releases and counting. Now, Deepak Sharma is fully engaged as a producer, bursting at the seams with an active imagination, over-flowing with ideas and constantly learning, leading to an ambitious release schedule in the future. It comes to no surprise then, that he has appearances with Ben Klock, Len Faki, Ben Sims, Oscar Mulero, DVS1, Bas Mooy, SNTS, Steffi, Steve Bicknell, Adriana Lopez, Anthony Parasole, Claro Intelecto, The Advent, Developer, Audio Injection, Pysk, Xhin, Abdulla Rashim, Dustin Zahn, Tadeo, Black Asteroid, Phil Moffa, I/Y, Delta Funktionen, Paul Birken, Savas Pascalides, A Mochi, Unkle Fon, JC Laurent, Yuuki Sakai