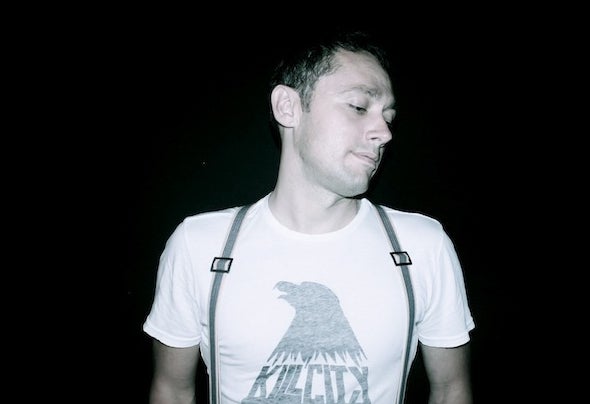 Clayton Steele’s love for electronic music began as a teenager in the early nineties when he started DJing at the age of seventeen. He grew up in London, Ontario, conveniently situated between Detroit and Toronto, which was ideal for molding his musical taste. He has since been known for his distinct sound and flawless sets.The local record shop, “Doctor Disc” was flooded with underground Detroit music, which would captivate Clayton Steele for hours at a time and you could guarantee that his headphones were glued to his ears. Every weekend there was a party to choose from in Toronto or Detroit featuring artists such as Richie Hawtin, John Acquaviva, Kevin Saunderson, Juan Atkins and Carl Craig, just to name a few.There was also no shortage of European talent coming through as well.Having such a rich exposure to all of this cutting edge music definitely shaped Clayton Steele’s unique style, which can be described as progressive-techno with an 80’s tinge, topped off with the occasional sultry new-wave vocal. But, it was a move to the states in search of warmer weather, which would shift gears in the Canadian native’s head. He found himself living in Las Vegas in the middle of the desert surrounded by mountains and decided to invest in a home studio and bring his dream of making his own music to fruition. It certainly proved to be quite an undertaking, but there is no other way he would have it.T hen in 2008, he moved to Miami and began hosting/producing/writing Ultra Music Festival’s radio show, which airs on Sirius XM. A couple years later he decided to turn his focus back onto his own music and he has not looked back since. His music has garnered the attention of his fellow Canadian comrades, such as No.19 and My Favorite Robot. In March 2013, his EP “Passion”/”Sleepwalker” came out on No. 19, with the remix of “Passion” by DJ T that quickly became one of No.19’s successful tracks. Clayton continues to release music and has no plans of ceasing to do so.