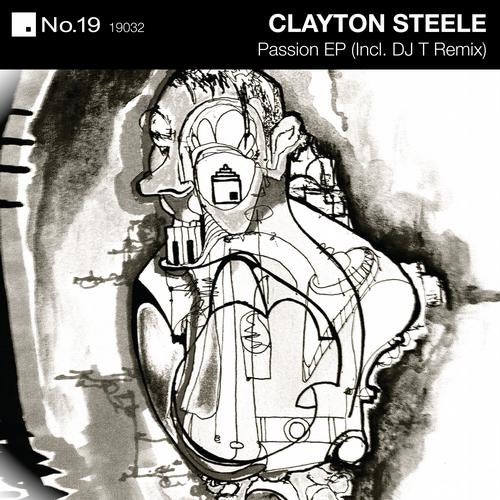 No.19 Music looks to Canadian production talent Clayton Steele for its latest single featuring two slabs of electronic excellence and a standout remix from DJ T... No.19 Music has spread its global musical wings of late, releasing an unbroken string of music from first rate producers based in the US, Mexico, England etc. Now the much revered imprint returns to its Toronto roots with the signing of a stunning new EP from Clayton Steele, a DJ/producer who has been on the radar in his native Canada since the early Nineties. Steele apparently caught the electronic music bug as a teenager living in London, England in 1991, taking his new found love home to Toronto he became a stalwart of the local scene. He has released music previously through My Favorite Robot Records and featured on Nitins recent single on UK label Save You Records. His latest musical offering kicks off with title track Passion, a supremely hypnotic slice of dark edged house that fuses emotive synth parts with taut drum programming and intense bass tones to provide the perfect sound bed for Steeles own unique vocals, quality stuff. The second of the two original tracks comes in the shape of Sleep Walker, a haunting and ethereal vocal affair with a killer rhythm section that is certain to sit in record boxes for months to come. To complete the package we have a remix of Passion from Get Physical linchpin DJ T who delivers a master class in underground house music with his techy and spacious reworking that provides an outstanding alternative to the original. Clayton Steeles Passion is, as you would expect, another standout record from No.19 Music and is a superb taster for his album that is forthcoming on the imprint in the not too distant future.