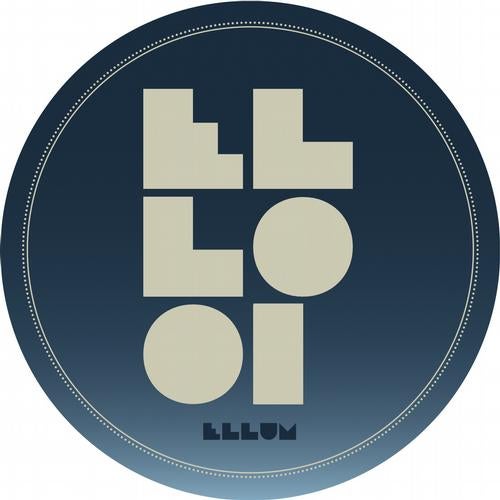 The unstoppable force that is MACEO PLEX launches new label ELLUM AUDIO with the flawless High & Sexy EP, two cuts of criminally seductive house music, immersed in moody soul, brooding funk and made to be together. Loved an championed by everyone from Jamie Jones, Seth Troxler, Sasha, MANDY, Ewan Pearson, Lee Burridge, Nic Fancuilli, Tiefschwarz, Clive Henry, Shaun Reeves amongst many others. It seems 2011 isn't showing any signs of winding down for artist of the moment Maceo Plex. With an acclaimed album to start off the year and a string of hit releases behind him, Maceo has risen exponentially in a relatively short space of time. Many would be satisfied with releasing on such acclaimed labels as Crosstown Rebels, Visionquest, Hot Creations, and remixing artists ranging from Azari & III to DJ T but Maceo is going one step further with an exciting new project that will surely cement his place within the new elite of house artists. Maceo has decided its time to follow in the steps of his Crosstown Rebels comrades and launch an imprint to further represent his signature sexy dark house sound. By calling the label ELLUM, Maceo is paying a fitting tribute to Deep Ellum, the name of an underground arts district in Dallas that greatly influenced Maceo's early career. Deep Ellum was a cultural zone that had some amazing clubs and warehouse venues that housed parties in the early 90s, bringing techno and house legends to Maceo's virtual doorstep and launching the career of a young Eric Estornel aka Maceo Plex. The High & Sexy EP, Maceo's first output on the label, is every bit as sexy and groovy as his other musical works and has been eloquently described by long time friend and fellow Miami expat, Danny Daze, as being "New Wave House". Brandishing deep and dark alluring soul, A-side Stay High Baby is undoubtedly one of Maceos sexiest tunes yet. With trademark raw emotion, funk guitar licks and penetrating layers of vox in full affect, Stay High Baby is an ode to frisky liaisons on the dancefloor. On the flip Aint That Love packs a bit more punch in the drums but still exhibits Maceos signature warm, dark bass and sexy groove. Again Maceos unique composition awakens raw energy and drama through the distinctive vocals and cinematic synths without forsaking the groove. Haunting and beautiful with notes of sadness, love and loss, Aint That Love will hypnotise Maceo lovers worldwide. With a first release of this calibre and style, Ellum Audio is already shaping up as a home for future classics of the new wave.