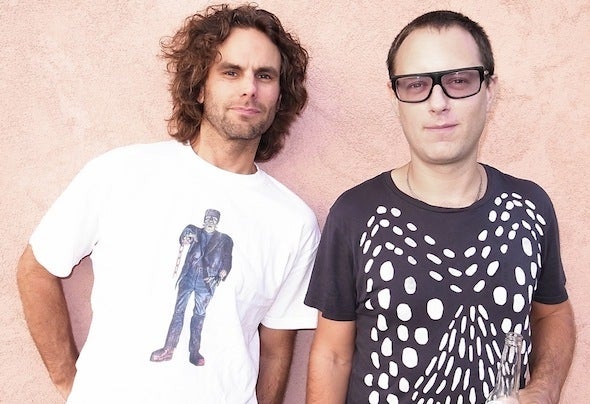 Still Going is the sublime partnership of Liv Spencer & Eric Duncan. Both stalwarts of the New York music scene, their talents collided in 2007 and the now classic first single “Still Going Theme” was born and delivered on DFA. Along with its hypnotic flipside “On & On”, the single captivated listeners with it’s anthemic energy and quickly became a dance floor staple. With their second release “Spaghetti Circus/Untitled Love”, Still Going cemented their reputation for creating timeless dance music. Considering their musical history, this came as no surprise. Producer and arranger, and DJ Eric Duncan (aka Dr Dunks) is one half of legendary duo Rub-n-Tug. Having met in L.A, they moved to New York and in the words of ID magazine; singled handedly ‘re-invigorated New York night life’ with their infamous Campire club night and roadblock parties around the city. Having built their reputation as masters of “disco theatre” they were soon requested to DJ all over the world and have remixed the likes of the Beastie Boys, LCD Soundsystem, Roxy Music and Coldplay to name but a few. Liv Spencer comes from equally impressive stock. The composer, multi-instrumentalist, recording engineer, DJ, and producer has worked with numerous labels including Ibadan Records, Rong Music, Warp Records, Poker Flat Recordings, Southern Fried Records, Skint and Kitsuné. Liv is behind the much loved House of House duo who released “Rushing to Paradise” on cult label Whatever We Want Records and were instantly coveted and championed by cutting edge DJ’s, record collectors and dance music lovers alike. After only 2 singles, Still Going became much in demand as remixers and lent their talents to The Doves, !!!, Groove Armada, Austra, The Presets, and Bryan Ferry amongst others. In 2012, the duo steps up their game with the launch of Still Going Records. The label will showcase original Still Going material as well as releases from new and established NYC talent.