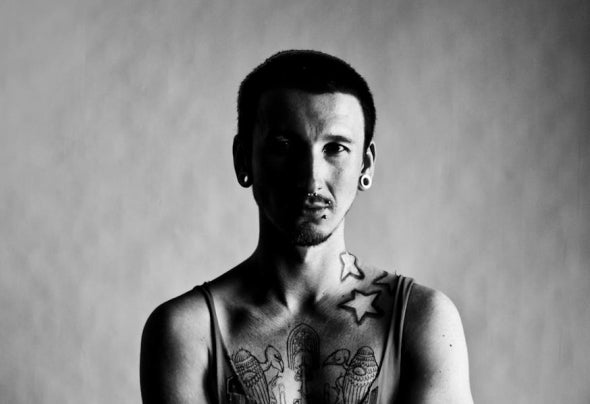 Chris Janisz aka C.J. Hartmann is a Berlin-based DJ and producer. Born in 1986 in Poland he started his adventure into electronic music at the age of 14. Fascinated and inspired by musicians like Depeche Mode, Kraftwerk and Westbam he started gaining his musical knowledge collecting his favorite releases. Chris’s current, wide variety of sounds can be described as Electronica/Techno/House/Nu Disco/Indie. His music is deep, groovy, sometimes dark and heavily laced with his influences. A presence of melodies is always incorporated into his productions and sets. His careful track selection always tells the crowd its own story, taking people on 'a journey' creating a fantastic and unusual atmosphere on the dance floor. Hartmann's work has been named many times 'legendary', 'magical' and 'outstanding'. C.J. recently finished work on his first album 'Land Of Machines', which has been greatly supported by Techno 'no. 1' - Richie Hawtin. With an upcoming release on Senso Sounds - a brand new imprint of another Techno legend - Oliver Huntemann and his previous 'thunderstorm-alike' releases on labels like Nurvous NYC or Frequenza, he's definitely one to look out for. Hartmann's tracks have been charted by many very important artists, but they also appeared in genre's TOP 10 several times. C.J. so far performed in many of the most important clubs all over the world including places like Razzmatazz (Barcelona), D-Edge (Sao Paolo), Monasterry (Brisbane), Arthouse (Sydney), Bar 13 (New York), Op Art (Lisbon), Ministry Of Sound (London), Melkweg (Amsterdam), Boom Boom Room (Kiev) and Arena (Berlin) to name just a few. We could see him also on countless festivals, where C.J.s music hypnotised thousands of people. He was sharing the bill with stars like Miss Kittin, Stephan Bodzin, Monika Kruse, Kaiserdisco, Ame, Ellen Alien, Marc Romboy, Phil Kieran, Marco Carola, System Of Survival, Thomas Schumacher, D. Ramirez, Oliver Koletzki and many more! Chris’s enthusiasm, talent and energy behind the decks is an inspiration to many and his future looks extremely positive.