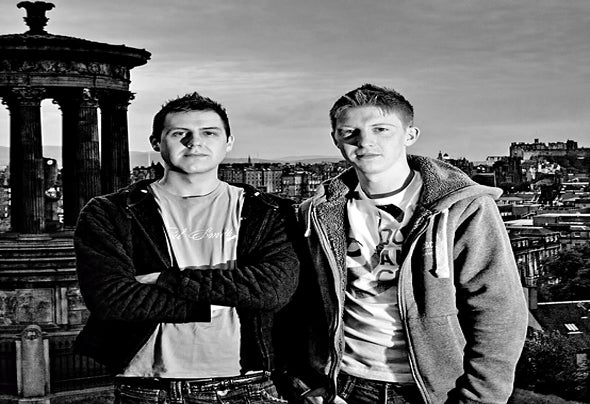 The Oxygen Junkies are Sean Smith and Paul Olsson, a production duo hailing from Edinburgh, Scotland. despite a young age, The Oxygen Junkies have already had thier tracks supported by the Industrys major players such as Dave Clarke, Maceo Plex, Ritchie Hawtin, Laurent Garnier, Fergie, Funkagenda and Dubfire to name a few. The last few years have been a productive year for The Oxygen Junkies with the boys holding down a residency at one of Edinburgh and Scotland's top underground house nights Karnival, as well as international gigs in Russia, Germany, Switzerland and the USA. In recent times The Oxygen Junkies have played alongside artists such as Yousef, Paul Woolford, Format:B, Green Velvet, Damian Lazarus, Fergie, Agoria,Paulo Mojo, Alan Fitzpatrick, Lucio Aquilina, Federico Milani, Coyu, Digitalism, Adam Freeland, Dean Newton, Huggy, and Andrea Bertolini.Over the past year The Oxygen Junkies have had numerous releases on Labels such as Diva Records,Land of Voodoo, Strict Recordings and Peakhour Music as well as having thier original tracks remixed by artists such as Alberto Pascaul(Sci/Tec) Dema (Harthouse) Kobbe (Toolroom Records) Hans Bouffmyhre (8 sided Dice) Louie Cut (Strict Recordings) and Alexx Wolfe as well as a host of other great names. The future looks bright for The Oxygen Junkies with the launch of their record label Juju Recordings as well as a host of other projects in the pipeline.