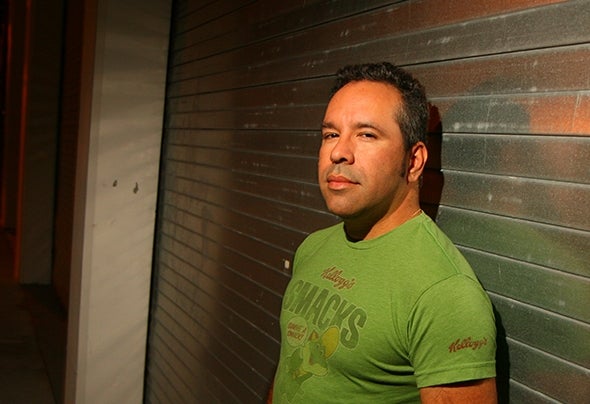 Gino a.k.a. QBA is one of Miami's well established underground DJs, having earned his respect with residencies at Club Space (Miami), Crobar (Miami), Nocturnal, and Nikki Beach (Miami) just to name a few. QBA is a South Florida native his artistic and technical talents are characterized by diverse, energetic and flowing grooves. QBA contributes his understanding of the crowds to a deep appreciation of all styles of music. His early influences in electronica include, Freestyle, Deep House, Trance, Breaks, and Acid Jazz, his partnership in Parantula (Dj Duo) steered him into a different style of house music, without causing him to lose appreciation of his roots. He still holds on dearly to the music he listened to before electronica including Classical, Jazz, Soul, Rock, Old School Hip Hop, and Disco the influence of all these sounds can be heard throughout his sets.QBA has played alongside the greats of the house music world such as Roger Sanchez, Robbie Rivera, Danny Tenaglia, Oscar G, Erick Morillo, Steve Lawler, Deep Dish, Victor Calderone and many more. His tracks have been played by many of the before mentioned above. He delivers when the time comes, and his fans never forget his style or passion that he brings to the decks. Whether you caught him in Colombia or in Spain or in Club Space (Miami) he will take you on a musical journey that will leave you hungry for more.In the summer of 2006, QBA as part ofParantula released their first single “The World” on Juicy Music. “The World” was supported by the likes of Robbie Rivera, Oscar G, Willie Morales, Ivano Bellini, Saeed Younan and many others. From there on they entered a different world where fans wantedto hear more of what they had in store. In the spring of 2008 QBA had his release on Juicy Music “Colombian Rush” an original track on his own. Since then he has continued to work on remixes for his friend Charlie Solana at Southside Recordings as well as release other originals works. Whether it’s a remix or an original track his style and passion for the music cuts right through to you on the dance floor