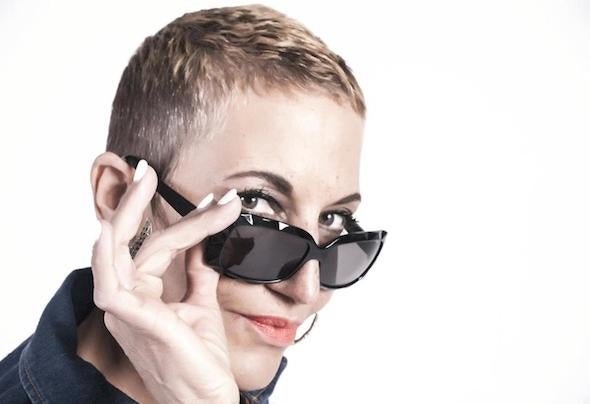 Kym began her career as an advertising jingle singer before breaking through into the dance music market. Working with four time Grammy Award-nominated record producer Steve Hurley, her dance anthem, "Too Blind to See It", spent 12 weeks on the UK Singles Chart over the festive period of 1991/1992. Another song that Kym is well known for is her 1992 hit single "Take My Advice" which reached number 13 in the UK. It was also a club hit. The same year she had a more modest hit with, "A Little Bit More". An album was released entitled Too Blind To See It. This peaked at number 39 in the UK Albums Chart.[1] The album was produced by Hurley, with co-production credits shared with E-Smoove and 4 time Grammy Award winner Maurice Joshua. In 1995 she released "I Must Be Free". In 1996, she released another single "We Gotta Love", which was the last single of hers to be released physically on CD or vinyl. In 1998 she provided the lead vocals for "Keep On Groovin'" by One Vision under the alias Shimma. In 2000 she released another single through MP3.com called "Just Can't Get Enough". 2009 found Kym working on new material for an upcoming CD as well as planning tour dates. Kym also co-wrote one of the CeCe Peniston's biggest hits, "Keep On Walkin'" (No.1 in US Dance, No.15 in Hot 100), produced by Hurley. In the U.S.. In addition Kym wrote the R&B hit "Good Morning" performed by Tene Williams (recording artist Howard Hewitt's niece) and produced by Maurice Joshua. Other songs written by Sims include "Crazy" and "Just Can't Get Enough" to name a few.