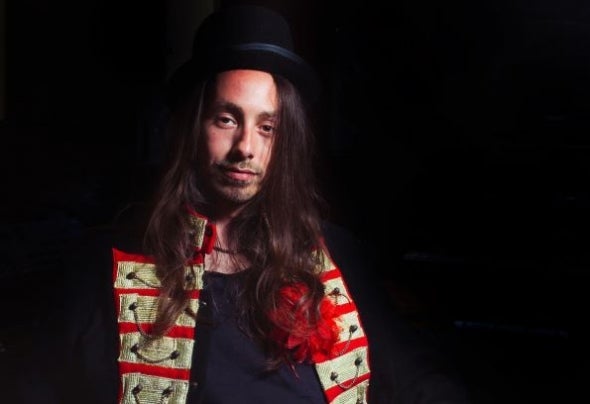 Andreas Weisz who was born in 1985 is a producer/DJ from Vienna, Austria rooting his distinctive and delicate style in electronic music. From the very start Andreas Weisz claimed a very characteristic sound-aesthetic: club-oriented and beat-driven, but also tricky, deep and most of all – soulful. With his productions, he already gained a lot of attention. He collaborated with many producers & musicians. Together with Michael Schrenk he formed the duo „Weisz & Schrenk“ and released some remixes, among them the stunning afrospacefunk rework for Makossa & Megablast’s Smash-Hit „Soy Como Soy“, the brightly shining ambient soul remix of Konea Ra’s „Pray For Sun“, the dreamy and soulful touching work for The Kung Fu Diva's „TEKK ME“ and the percussive minimal groove they put on Mikele Dio`s „A Kind of Lite feat. Aminata Seydi“. He also released a downtempo track on Schubfaktor called „Slowseeker“ which was in rotation on iMusic1, VIVA & MTV. In 2011 Andreas and his brother Sascha aka Megablast founded the record label „Luv Lite Recordings“ and also teamed up under their artist alias Weisz2. With their first release „El Vagabundo“ they already gained a lot of success. After Vagabundo they released their second Single “Weisz2 - Ko Si Eda To Mola feat. Aladin Anyebe” including a Henrik Schwarz Remix. With features on Giles Petersons „World Wide Radio Show“ as well as on Ibiza Global Radio and DJ support by Luciano, Butch, and many others they are looking forward to their next releases in 2017. In 2014 he moved to Ibiza and immediately fell in love with the island living there for more than a year he got a residency and continued to spread his music. Together with his friend Claudio Ricci he runs a weekly Radioshow called „SOY COMO SOY RADIOSHOW“ on Ibiza Global Radio. Expect nothing less than deep and awless, electronic music with an edge.