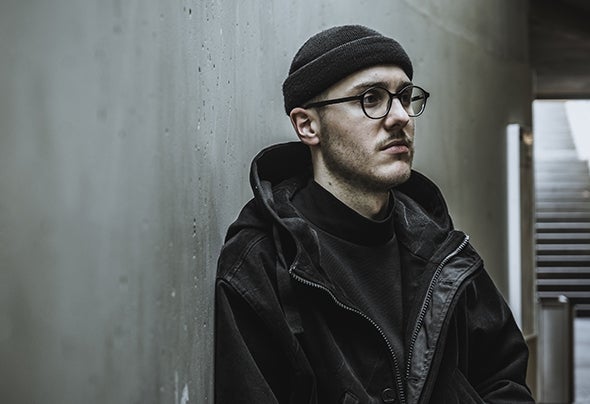 For some individuals career choices seem to just turn out naturally. Julius Debler aka Introversion is one of them: “I never planned a music career, it just happened. I started creating music in my early childhood.” The 22year-old Berliner who defines himself as a producer, sound designer and DJ is part of the new breed of young electronic musicians who are right now entering the world of techno, changing it and creating their own unique space on the scene. Introversion has managed to make quite a name of himself if you consider that he only has three published releases under his name so far. Two solid outputs hit shelves in 2016: “Overnight” on Your Mother Naked and the “Aftermath EP” on Concepts Of Time, both of these leading up to last years release on Arts Collective - the very well-received “Dystopia”. A well-produced diverse three-track techno EP that already has the rumour on the internet of being a contemporary classic. For Introversion the producer, drums play an important part in his compositions (it was the first instrument he laid his hands on in adolescent years), many of them being breakbeat focused – not just the odd track here and there, it is definitely something that defines his style over and over again. Other common denominators in his work are the continuous exploration of infusing his furious dark 90’s inspired techno with melancholic trance elements. Drums in full attack or wild synth stabs often get calmed from an emerging wave of classic trance chords finding their way into the arrangement. The way Introversion carefully picks out and introduces these old school-components, not being scared of their effect upon incorporating them, is what makes his tracks sound so fresh and invigorating.