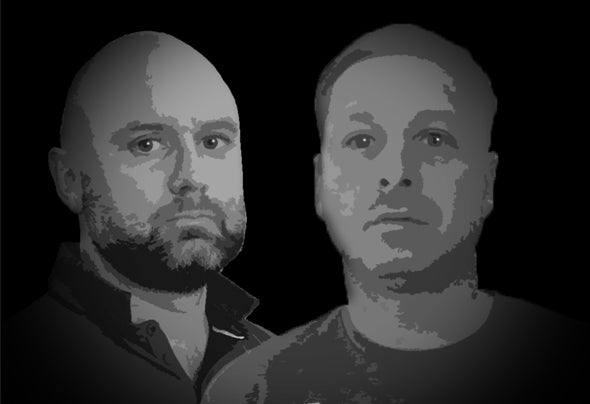 A duo from the UK, foremost DJs, and now also producers who are making their way onto some of the industry's best underground labels. They have already produced two tracks on Kukushka Records, claiming the Top 2 spots respectively on Kukushka's Top 10 Most Popular Tracks, Jens Lissat swooped to sign their "French Fancie" for his Studio3000 techno label imprint, whilst Shake Recordings licensed a 2 track EP from Camoknights which gained a Top 10 House Releases position for their house tracks "Can You Feel It" and " Ballroom Dancer". Possibly their biggest release so far in their relatively new production career was a track snapped up by House Heavyweight label Phoenix Music Inc. "Back To Love" was a piano house monster which featured the stunning vocals of Gerideau, and became a regular feature in many a DJ's set across the globe. Showing their versatility in the studio saw Eleactics Records release the trippy "Music Came First" track that featured a risky double drop and hypnotising melodics... Best mates doing what they love most, and so far, they're doing a very, very decent job of it, and the music world is reaping the rewards!