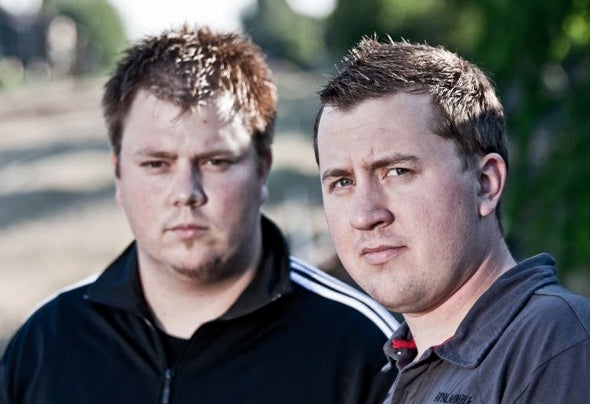 The Freak Factory (Zell and Dillmann) is an innovative DJ team, who both have dealt with different styles of electronic music before they decided to join into a DJ duo in 2008.They mainly play tech-house, minimal, and techno, but they also love to experiment with some deep or more melodic and popular sounds. With the three DJ/producer friends, Domyan, MSD and Piet, they established the NO CREW! team at the beginning of 2009 with the main aim of organizing parties in the region. Since 2011 in the team has had some changes, Domyan and Piet has left,but new talented guys has joined Attic Ears and If-Ican, and the team gained also a new name: Delicious - "Full Taste House Music". Since the summer of 2010 they have a weekly radio show on Hungary's most famous online radio station, the justmusic.fm first with the NoCrew, then with the Delicious Radio Show. They wish to uplift the regions party culture, with organising parties of high standard, and with artists who stand for quality music. In their free time Zell and Dillmann also create some tunes of their own. Since their first EP in October 2009, The Freak Factory has been having regular fresh releases on labels like Simplex, Malicious Smile and Deep Disco.