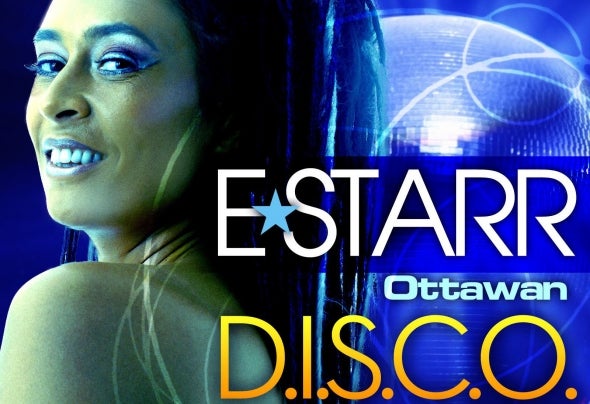 Esther de Bijl aka E-Starr was born on the beautiful Isle of Bali. Coming from a very musical family she always knew she wanted to become a singer and perform on stage.Before Esther joined Ottawan she performed with her brother and sisters in several soul Bands.For a decade Esther is known as the female singer of t he legendary 80’s Group Ot t awan wit h Hit s like: 'Hands Up' 'D.I.S.C.O.' 'Crazy Music' 'Shalala Song' and 'You’re Ok'!Last year (2010) it has been 30 years ago that Ottawan launched their smashing Hit Song 'D.I.S.C.O.' into the international Charts, following a year later by 'Hands Up' who was again a major success. Today it’s time to change Ottawan into a fresh new start with new Songs new up to date Remix versions from all Ottawan Hits so they will last another decade. A new name will give the project a boost start, E-Starr is born again and ready to hit the road with fresh material for the young generation.INFO D.I.S.C.O. Remix The 7th of October 2010 was the release date of E- Starr's D.I.S.C.O.Remix. The project is a coloboration between E-Starr, Wylliam Kluba ( French DJ & Producer), DJ Keewix and DJ Xeum. All tracks include new vocals from E-Starr. On the album are 4 new Remix version's of Ottawan's smashing hit single from the 80's D.I.S.C.O. Also there will be 2 club version's added to the album, intotal 6 t racks will appear on t he album. The songs were mixed and mastered at Universal Music Studios in North Hollywood CA. Pete Doell (mastering engineer) from Universal Studio's is an award winning engineer who did a great job and took the tracks to a new level.Fingert ips A second release was made in 2010 with a retro Disco/House song called “Fingertips” produced by German DJ Lisatt & Voltaxx. The song contains elements of earlier 80’s known song samples and is a real floorfiller.