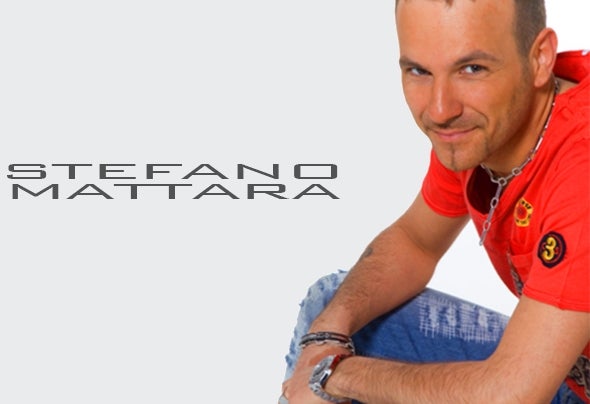 Since the mid-90s he has been touring the most important clubs in Europe. His experience and his pleasant and bright way of working have let him be present in the most prestigious consoles in Europe and worldwide, Moreover, his productions and his remixes including PITBULL, SOPHIE ELLIS BEXTOR, DJ DADO, BARBARA TUKER, MICHELLE WEEKS, ROCHETS, GALA, COOLIO, LUMIDEE, CAROLINA MARQUETZ, GIPSY KING, SEAN PAUL, UNDERDOG PROJECT, NOELIA, are taking him all over the world. We must not forget the remix Sweet dreams by EURITHMICS which is still present in many sets of international DJs. Under the pseudonym Mat's he is often present in the best club-charts; in 2003 he reached the first positions in half Europe, Canada andthe United States thanks to the single ”Rock the Drum” that took him to work in lots of clubs in Italy, Spain, France, Germany, Russia, Canada and lots of other countries in Eastern Europe. he has also remixed IL GENIO with "Pop Porno" that was all the rage during winter. Moreover, he has remixed a symbol of R & B world, COOLIO, and finally he has produced and remixed the new single "Caribbean Queen" by Noelia, an artist that with 4,000,000 copies sold worldwide is the unchallenged Queen of South American countries. In recent months, remixed MADS LAGER with "You're not alone" is just the His remix as well as being programmed by the radio is used by leading European DJs superbig such as David Guetta, etc. etc. Lourent Wolf. During the summer, has also remixed for YOLANDA BE COOL with "We do not speak Americano”, which led to be among the most popular versions by dj. In 2008 he produced his single "Send the message" containing the sample of Mory Kante "Yeke Yeke" that had an international hit bringing the disc to be summer 2008 in Italy, in Europe and among the top 50 in the United States and in the summer of 2009 came out with "Dreams of My Life" came in just 7 days in the Top 100 of the Italian single and aired on major Italian Network. In the summer of 2010 came outwith the single "Sunshine Lady" entered the Charts of the most prestigious national and European radio network, while the video is still in programming in a variety of channels worldwide. In 2011 with the MAT’s MATTARA feat. RockMan - “Opera” has literally invaded the club charts all over the world and is used by top DJs such as AXWELL, INGROSSO , GAUDINO , CHUCKIE , BOB SINCLAR , DAVID VENDETTA , GREG CERRONE and more In 2012 with the single MAT's MATTARA Feat J.Be - “Let's Party”, has reached the Top 10 Beatport Chart General and the first position in Beatport Progressive House Chart. In the last week with STEFANO MATTARA Vs ALEX AVENUE - “Tango” , in addition to Top10 Beatport House Chart for 6 weeks now about to be published in many countries of the world.