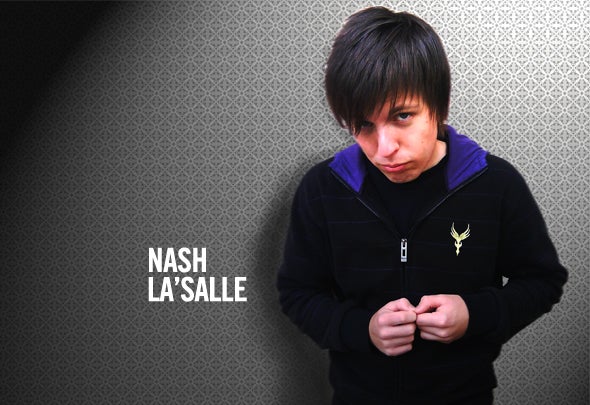 Nash La’Salle is just started making music in 2007, but He was committed devotee for the house music for a long time. In his first year, Nash made so many remix for Hungarian artist, and won 3 remix contest, including the "D.O.N. Tekk – Pop My Cherry", "Karanyi – Libido". The next year brought a spin for him: his first EP was released and he made more and more remixes and he was waiting for the fruit ripening... At the end of 2008 a dream of his came true. The remix what he made for Thomas Gold was released at S2G Productions first time as a re-release, and second time it was released on S2G’s Best of 2008. The year of 2009 was the "Year of the rise" for him. The Thomas Gold – Something’s Gotta Give remix is released third time at Le Bien Et Le Mal Recordings, and the producers of D.O.N. Tekk, the Stereo Palma is requested him for a remix, which is released at Zooland Records. After that, he made a new track and It was released at Avenue Recordings. After that, Nash stayed in contact with Chris Montana and Chriss Ortega, and made more remix for the S2G Productions, for example: "Dion Mavath – Wait So Long", "Markanera – Watching The Sun Go Down", and his remix for "Chris Montana – Dirty Shake" was released at Red Stick Recordings. 2010 is started very good, because his next EP, the "Lift Me Up” was released at Chriss Ortega’s label, the Groovebox Recordings. In this time Nash makes remixes for the S2G Productions too, and met with Niclas Kings, the producer of Katy Ryan, and they started working together on very different projects... We don’t know what bring the future, but we can be sure, that we will hear many many diverse song by Nash La'Salle..." For more info check out: www.myspace.com/nashlasalle www.facebook.com/nashlasalle