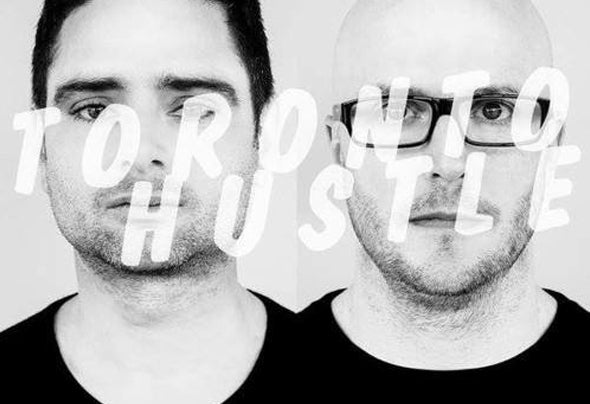 Fixtures in Toronto's underground house scene for the last three decades, Toronto Hustle (Mark Kufner and Jeff Graham) have been hard at work over the last year. They have been tirelessly working in the studio and now are releasing on some of the most respected labels in house music including Distant music, DNH and Strobe Records. Their combined knowledge and passion for straight up house music has seen them play at many of Toronto's premier venues and warehouse events and they have shared the stage with such iconic figures in dance music such as Frankie Knuckles, David Morales, Dennis Ferrer, Kenny Dope, Detroit Swindle, Satoshi Tomie, Ron Trent, The Martinez Brothers, Derrick Carter to name a few. As partners they are known for playing an eclectic mixture of new, old and obscure records. With just under 50 years of combined DJ experience between them, they continue to evolve as DJs and now producers. With a hectic production schedule and promising new material for 2015, the sky is the limit for these two veterans of Toronto's underground house music scene.