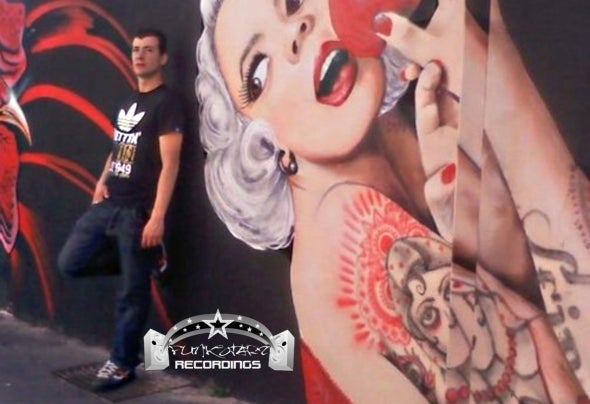 Iago Alvarez was born in 1982 in Vigo, Spain. The electronic music always called his attention from very small when recorded cassettes radios dual crown and making all sorts of "adventures" with the devices of his father at home. Years pass and the 18 begins its foray into the world of dance music clubs of their city, as they were: Oxide, La Capilla, Banus, La Kripta, Noctua. In 2001 began working as a "Dj". His first club was the Mineya Techno Club, was a small place but many people would enjoy their sessions every week. A few weeks later, a DJ set in the city, Kike García, offers to start working on one of the most important clubs in the city of the moment, Noctua. Then he began to give more to know for the people of Vigo.In 2002 he was called to begin work in a big club called Avalon Porrino, here began working with artists of national and international stature. Later in 2003 made landfall in the House After his first club house, offered his sets here 18 months. He later began to work occasionally in eventosde all around the south of Galicia.In 2006, together with colleagues Kike García and Manuel Pulido and founded an agency for event management and booking: Dynamic Sound. With it began a new stage of evolution. In addition to organizing several events with artists of national stature, he began his foray into the world of radio broadcasting a program about electronic music on Saturday night in a local radio station, Future FM. His sets are full of rhythm and harmony with Techno sound ranges from more detroitian until Hardgroove more trackers, and House from the sound more Deep, with apices Funk, Jackin ́ House, and reaching the darker sounds with tribal rhythms compelling.He has worked in clubs as Ue!, Aquelarre, Tattoo, , Moloko, Core, Mambo House Club, Space, After House, Mambo House Club, Oxido, Seven, Noctua, Avalon, Axis, Kellog's, Milagro, Odeon, Trazos, Kalamazoo, The Sound Spring Festival. Residences: Mineya, Axis, Noctua, Avalon, After House, Odeon, Kellogs.He has worked with artists such as James Ruskin, Oliver Ho, John Aquaviva, Steve Bicknell, Oscar Mulero, Dj Pepo, Sidereal, Jesus del Campo, Darkrow, Kike García, Manuel Martin, David Flashback, Emilio del Rio, Gerard Macias... Currently their range of styles has been adapted, evolve and revolve around the changes that have been passed electronic music so much with techno, house and its aspects with minimalistic we will be dissappointed. From 2010 he starts to release on lables like: Funk Me,Guilhotina, AK, Sexy Grooves, Disturbulence, Corrupted,Valvula, Keep On Techno and lot of more great labels. His styles, Hardgroove, Techno, House, and Techno-House. In 2011 Starts his own label, FunkStarz Recordings, having there full support from great artists like: Fer Br, Raul Mezcolanza, Aitor Ronda, Bitch Bros, Alexey Kotlyar,MGMX,Josh Love,Rydel,Alejandro Román, Norman Andretti, Jmix... and many more others.