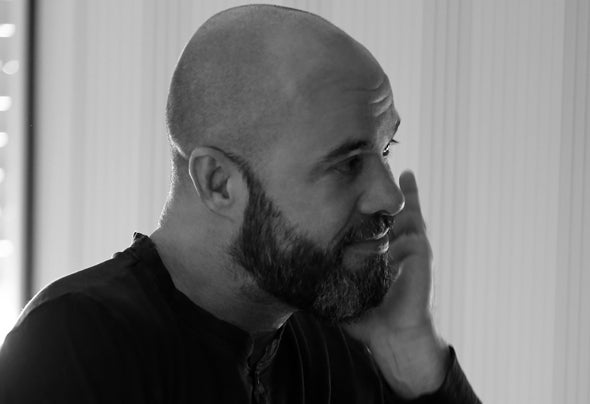 Hailed as one of the pioneers of electronic music in Brazil, André Pulse is one of the top DJs behind the growth of this scene in the mid-west of the country.Goiânia (GO), is where he began his career in music in the 80s, at the time, playing underground and indie rock. Compulsive collector of records, he has been developing over the years his taste, influences and musical background. His research led him to London in the early '90s that was when Andre Pulse had his first contact with the cream of electronic music.With nearly two decades of dedication to electronic music, Andre has established himself as one of the major drivers of this scene in Brazil. He lent his name to the legendary Pulse Club in Goiânia and started an endless tour to all the main clubs in the country - leaving his mark as a "main show" with a unique ability to get crowds with his vibrant sets.His name remains on the lists of the best DJs in the country - in 2011 he won the #4 position in the Top 50 Brazil DJs, as voted in the prestigious House Mag.Besides his solid and hectic national career, André Pulse appears frequently in various countries like USA, China, Spain and the UAE.He was resident of the first fase of super club Green Valley (world's #1 club (DJ Mag), in Santa Catarina. Was resident of Pacha Club (Goiania).Andre's signature: an unmistakable stage presence with a unusually well constructed and catchy show (in big rooms or intimate dance floors).There are countless DJs and producers with whom he shared the decks, including a lot of big names such asCarl Cox, David Guetta, Bob Sinclair, Deep Dish, Laurent Garnier, Fatboy Slim, Tiësto, Ferry Corsten, Slam, Hernan Cattaneo,Groove Armada, Steve Angello and Erick Morillo....www.pulse.com.br www.facebook.com/andrepulse www.soundcloud.com/andrepulse www.youtube.com/andrepulse