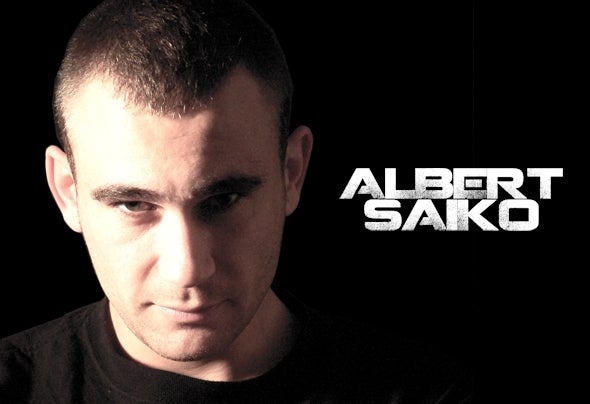 I was born in the wonderful city of Zaragoza (Spain) in spring 1979. I grew up listening to bands like The Offspring, Green Day, No Doubt, Nirvana, The Who and many more varied music artists. In the mid 90's, and without giving up my musical tastes, I began to explore electronic music in those days was becoming a way of life in Spain. Sounding songs like 'Bellissima' DJ Quicksilver, "9 PM (Till I Come)" by ATB, all Milk Inc. hits, big hits like 'Back In My Life "by Alice Deejay, the" Sandstorm "by Darude, the incredible 'On The Move' by Barthezz, which rattled the hearts of every generation. And these days got a little program named FastTracker 2, starting to produce my own songs. They were a very low level, but after all, was my music. And so, trying to make music, it seemed wanted to see people. Talking to friends I was going to mix small places. Step by step, work and effort, I was clicking at private parties and the hours that the premises were full. One of these places P epeleshes now gone, with my great friend Mugu taught me and gave me the alternative. The year was 1998 After touring the city with no fixed place, some friends told me that in a place they needed a DJ. This place called 'Litros' and it was there where I could improve and learn to spin, with unforgettable people (Tete, Salva adn Susi). The year was 2002. In 2004, after having made significant progress the world of computers, I decided to start producing more seriously, but programs and scripts that you used, no serious results were giving me and let me focus production and mixing and improve my technique. And the result was a colorful sessions and dances 100x100. These were years of great music. We jumped crucial year for me, 2007. It was a year that changed my musical at me and made me stand many things. This year to become part of the stuff of Ben-Hur of Zaragoza (thank you Silvia...), where he spent DJing for 1000 people. It's amazing so enjoy the music and make dance to h undreds of souls. In 2009, production recovered and I locked the studio with midi keyboard and a year later, in 2009, had prepared several tracks that were going to be a step up in my career. And in 2010, 20 January, was released my first EP, which I am very proud and which served to keep working hard, learn and improve. 2010 was full of projects that were completed gradually. Every month or month and a half was released an EP or some remix work coming to December, with 14 tracks and EPs released. Another important point was involved in the formation of Indie label called 'Liquitech Records', in conjunction with Daemon Sick, who since October 2010, carried a whopping 25 EP's with many national and international producers. On this day, being the owner of the labels 'Liquitech Records' and 'Morphological Records', being a resident of 'Kram Club' (Mallorca), 'Lemon Chill' (Mallorca) and doing parties with Lokita Team and over 30 tracks for sale in the next 2012, Albert Psycho w ill be listened.