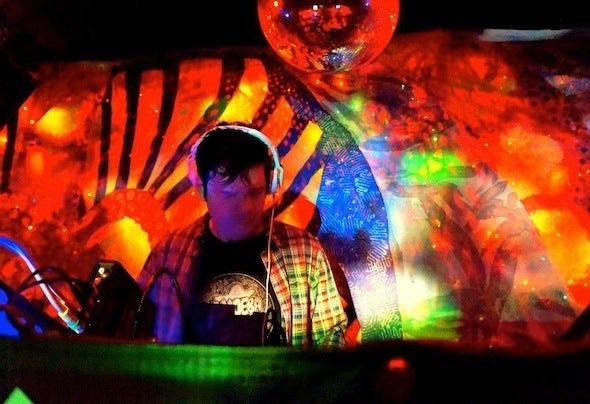 Chris Demetres is “Art of Hot,” musician, composer and producer. With a rapidly growing catalog of releases on labels such as Percent%,Liquitech ,Mizumo and SubSensory, Art of Hot is quickly moving onto the radar of electronic music fans worldwide. A dedicated studio dweller with 20 years experience, Chris lives and breathes music. Working day and night in his Portland, Oregon studio, it’s no wonder that in the past few years alone, his originals and remixes have been featured on nearly 70 releases.Not one to discriminate against genres, Chris can - and does - make practically any style. Ask him today and he’ll tell you tech-house is his main focus, but don’t be surprised to hear electro, bass, house, breaks and even drum & bass in his catalog.Initially a participant in the very early 90s West Coast electronic music scene, Chris found inspiration in the bins of legendary San Francisco record store BPM, digging tracks from distant places like the UK and New York. Influences include Brian Eno, The Orb and the sounds of underground rave and breakbeat hardcore. That era’s sounds, samples and underlying technologies intrigued Chris; a love affair with technology and sampling was born.First as a dj and soon after in the studio, Chris immersed himself in the music with an intensity that matches his personality. In 1996 he set aside the turntables and focused exclusively on music production. Years of dedication led to the birth of Art of Hot as a live act in 2003 and performances at SF venues including DNA Lounge, 111 Minna, 1015 Folsom. The first breakthrough was the vinyl release of Disco Break with Looq records, followed by another long stretch of intensive studio work.In 2010, Chris relocated from San Francisco to Portland, Oregon, where he has continued working and releasing at a frenetic pace, working with Portland labels Nude Photo Music and SubSensory, and djing at their respective monthlies Modular and Static. Current projects include his duo with David Gross, called Modal Nodes. Keep a close eye on Chris. If you do it’s likely you’ll soon find his tunes in your crate or moving you on the dancefloor!