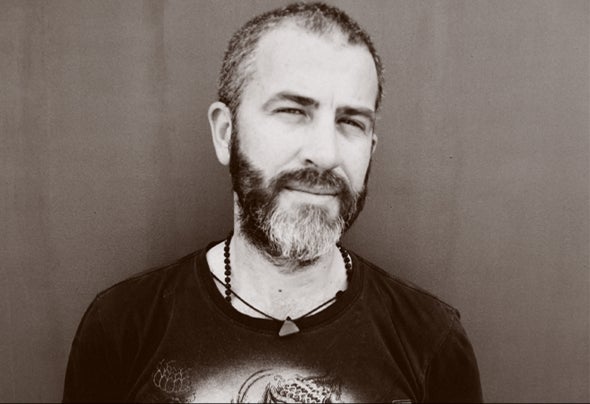 Back in the late nineties, when Ed Flow started deejaying, his sets inspired the dance floors by creating a bridge between House, Progressive and Break Beat.In 1998 Ed Flow started working for Spanish radio station 'Universal Grooves' under the guided wing of DJ Coco Ariaz. At Universal Grooves, Ed produced and presented his House music program 'Dance Zone' which fevered a great response from his audience.In the year 2000 Ed Flow completed a sound engineering course in Barcelona where his fascination for music production and creation took course. After this intense study period, Ed returned to Tenerife to play in the local club circuit. He had his own after- hour’s residency and deejayed during the islands' renowned annual Carnival. During these events Ed played alongside many great local and international Deejays, such as, Gemini, Brenda Russell and Cesar de Melero, to name a few.Looking to expand his horizons and find alternative ways to be involved in music, Ed Flow moved back to London, which is where he grew up. Once there, he established himself at Outer Recordings as coordinator and official label DJ. At Outer recordings, Ed worked along side acts like GrooveJam, Electracoustic and the Funky Lowlives. It was during this time that Ed decided that he would work on his own music career and productions.Ed Flow has now concentrated his time solely on his productions. He is working in his studio in the Canary Islands for half of the year and spends the other half working on ideas and getting inspirations in the tropical settings of Goa, India. Currently, Ed has releases with Black Mamba Records, Unusual Sound, Broken Records and will be releasing new original material throughout the coming year.