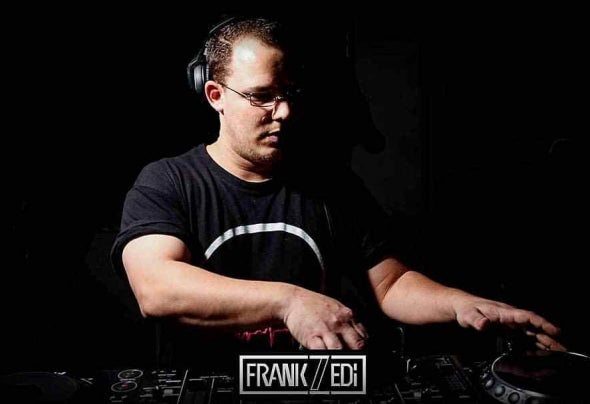 Dominik Joel Leu - Frank Zedi Born: 17.01.1989He started playing music at a young age. Since his father was always very enthusiastic about music, he was able to gather his experience with instruments at home. In the band room he played piano guitars and drums. He also sat down with singing, because his sister took singing lessons.With schoolboy bands he had made the first small experience with performances. He came to the taste of electronic music in 1995, with the first Techno CD started the flow of things. with the influences of Monika Kruse - Sven - Fritz Fridulin and Khainz etc. he started to mix.With the DJ software Traktor and two Native Instruments Traktor Kontrol X1 MK2 as well as the 4 deck mixer Allen & Heath Xone: K2 started mixing in 2012 when he spontaneously booked at a small private event. from then on he tried to organize events in Bern and the surrounding area, and to achieve as much bookings as possible!In Biel in the bungalow he celebrated his birthday that was the beginning of Pro Tanz Musik!he and his better half Vanessa D`ignazio started to perform more and more events with Michel Müller (Will Kürlich) and other DJ's in Lyss and Bern. After consultation, however, we unfortunately had to take a step shorter tretting and worry about the financial situation. So Joel Leu got to know the label 9000 Audio ZH and a cooperation started! Event's with artists like Bonny & Clyde - Bruderherz - Walid Barbir - Ricardo de Chicco - Perdo Pereira etc ..... were program! in Berner clubs like Four Club - Jack Klub - Graffiti etc. he is now the organizer and DJ behind the decks!Release:- 9000 Audio Rec.EP (Bern) Frank Zedi22.04.2015 on Beatport- Pro Tanz MusikEP (Infusion) Frank Zedi08.08.2016 on BeatportEP Swissness2017 on Beatport- CEA MusicEP S!E2018 on BeatportRMX byDeniz Bul (Fckng Serious)Matchy & Bott (Stil vor Talent/Katermukke)Booking:- Pro Tanz Musik / Mauerwerk Studio / CEA Music