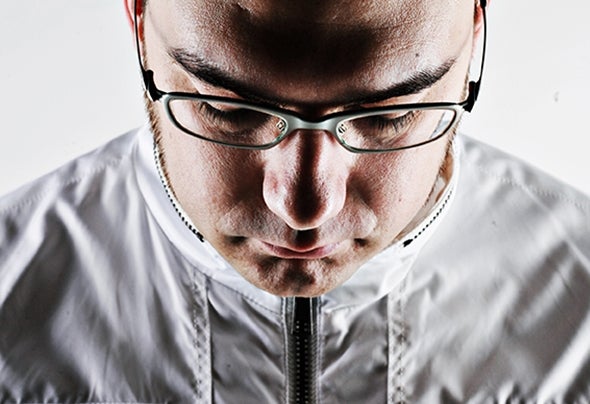 DJ, producer, business man, pioneer; Larry McCormick aka Exzakt has made his mark on the world with his innovative sound, raw talent, and sheer professionalism. Hailing from Miami Florida, Larry has over the years extended his audience to a global level by sharing his given talent with the masses. From holding down a spot on one of Germany’s most prestigious Techno labels Datapunk, running one of the most influential Electro labels Monotone, to operating various websites like Electrowax Online Record Store and Electro Alliance he has become a fixture in the electronic music world. Larry has support from some of the top Techno/Electro masterminds such as Dave Clarke, Billy Nasty, and Anthony Rother. Larry was named in Urb Magazines Next 100 as one of the top up and coming performers in electronic music period.In 2005 Larry moved to Frankfurt, Germany where he jumped into the European DJ circuit playing and in turn being invited back to top notch clubs Fuse, The Loft, and Coppelia 101. He also joined Datapunk’s booking / artist management which was a very exclusive and small booking agency whose roster consisted of the likes of Anthony Rother, Billy Nasty, Funk D Void, and Gregor Tresher. Larry’s DJing skills are undeniably energetic, yet deep, bridging the many facets of Electro & Techno while pushing the limits of the sound into other genres. Larry has traveled and performed at several venues in the U.S. and around the globe reaching hot spots such as Budapest, Brussels, London, Barcelona, Tel Aviv, Madrid, and Frankfurt just to name a few.Over the past decade as a producer Larry has created an eclectic discography of production releasing on top notch labels Datapunk, Satamile, Psi49net as well as his own Monotone U.S.A. imprint. While producing copious amounts of his own material he has also created some of the most original remixes of other popular artist’s tracks such as the Hacker and Miss Kitten’s “1982”, Dave Clarke & Chick on Speed’s “What was Her Name?” and Tiefshwarz “Warning Siren.” Larry has also appeared on many compilations from Sony's "This is not the 80's" to "In Electro We Trust" which is a who's who of electro featuring exclusive tracks from The Hacker, Advent, Carl Finlow, Alexander Kowalski, and Johannes Heil. As a live performer Larry has headlined stages with the likes of Karl Bartos, DJ Craze, Anthony Rother, and Jackal & Hyde.Larry McCormick has been an integral part of the electronic music movement. He continues to produce some of the most electrifying electronic music and is ever evolving as an artist, performer, and producer. Larry has rocked crowds across the globe with his charismatic stage presence and energizing performances for over a decade, and will continue leaving the crowds wanting more for years to come.