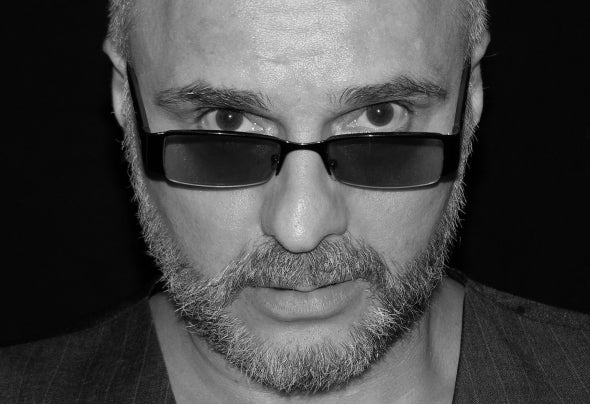 At the age of 15 he first spun his records for an audience. Since then „Mike S.“ (who’s real name is Chris-Maico Schmidt) explored and enjoyed almost every musical style. In the popular clubs around Stuttgart, Germany he played everything from soul, funk, R&B, hip hop, mainstream hits, new wave, rock, disco classics to german local hits!1991, already resident-DJ at the big clubs, he saw Tyree Cooper perform live at „Oz“, one of the cult-clubs in Stuttgart; since then he was only living and breathing only one style: techno-house.After playing exclusively in the relevant techno clubs in his area up to 1993 (especially clubs „Skylab“, „Oz“ and „Splash“) he turned his attention also Salzburg, Austria. As resident-DJ for the „Cave Club“ he entertained a crowd of around 600 guests every Friday.After that his national and later international success came in.Nevertheless „Mike S.“ stayed true to his hometown and opened the first shop of the records and clubwear store- chain „Delirium“ in Stuttgart. T he managers decided they wanted to work with „Mike S.“ and decided for Stuttgart as their second homebase. In this combination „Mike S.“ was also part of the record label „Suspect Records“.The first tries to produce music on his own started in 1992. After releasing a couple of tracks with different partners, he already succeeded with his second release. The release under the pseudonym „Cybordelics“ reached the no. 2 spot in the british dance club charts and the following release even made it to no. 1! The track "Adventures of Dama" sold more than 50,000 copies till today and therefore became one of the most sought-after releases on Sven Väths record label "Harthouse" (Frankfurt, Germany). A similar success proved to be the release „Julika (Comes too late Mix)“ with his project „Mikerobonics“ in 1995, also on „Harthouse“.End of 1996 „Mike S.“ moved to Cologne and 1998 to Munich! Why? Evosonic radio! The only radio station in Europe that played electronic music 24/7 from 1997 till end of 1999. „Mike S.“ was CEO, program director and A&R manager and therefore the mastermind behind Evosonic radio. He even did his own radio shows.The German Dance Award for „Mike S.“ and Evosonic radio in the category „Medium“ in 2000 proved the success.2013-09-08 09:26:44 contact@mike-s.de Mike S.Artist Bio Since 2002 „Mike S.“ is back in Cologne and works as teacher and moderates workshop in the area of DJing and producing for the Vibra School of DJing, the leading school for european DJ-culture.2012 he fulfilled himself a dream: producing music without any partners! Two releases mark his comeback: The first one on a Berlin-based label and with the second release he finally comes back home after 15 years to his „old“ record label „Harthouse“ (Now Mannheim, Germany).The EP "Noah" on „Harthouse Mannheim“ was dedicated to his son.Even though the label moved from Frankfurt to Mannheim and has a new managing team, the start of the label in the 90’s was significantly imprinted by three best-selling releases from „Mike S.“.For the 30th anniversary of „Harthouse“ this year a new chapter of his project „Cybordelics“ and „Adventures of Dama“ from 1993 will be written. The techno-classic will be released with fresh new remixes from various producers that took the 20 year old original and reworked it to todays s ound.Two new remixes will also be delivered by „Mike S.“ himself, proving that the german soccer saying „the fouled striker should not kick the penalty“ is not true!