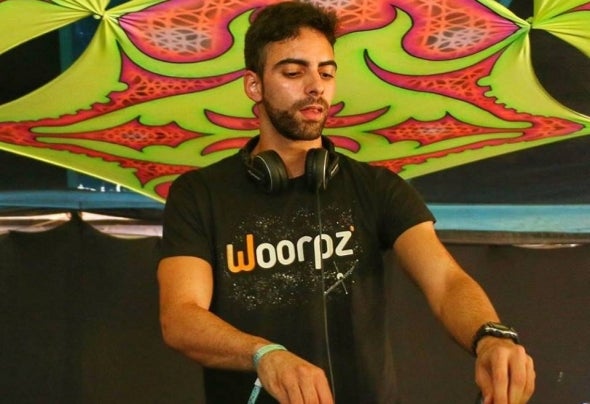 “FishadeliK” is the psytrance project from Bruno Carvalho, a 29 years old musician who started his musical formation at the age of 8, as he grew up he was a member of several metal and alternative music projects such as "TRIBA". By the time he was 14, back in 2005, he came across PsyTrance music and fell for it immediately. It's magic and unique vibes dazzled him enough to get him started on his own mixing becoming a local DJ in. His passion kept growing as well as his skills so he started to mix across Portugal, lately becoming a music producer. Since 2013 FishadeliK has already shared the decks with some of the greatest artists of the psy-scene like: Alienn, Brainwash, Sidhartha, Zinx, Azax Syndrom, Digicult, Atma.. and lately on big festivals with Synsun, Juan Verdera, Sirius Isness, and more! Throughout his career Fishadelik counts with 4 E.P.s released under the seal of Woorpz Recs and FreeMinds Recs, and also some releases on compilations (VA's) such as "Phoenix Rising by Dissidia Records" and " Magic Boom pt.2 by Global Army". On the last couple of years he has been spending some time maturing is sound and perfecting his technique, as a result his music is also going through some changes as it becomes closer to the path he has idealized in terms of sonority. Now In 2019 his sound is finally meeting the expectations he desires, as new sounds are being produced more melodies, heavy bass lines and stronger tracks are coming. Expect good news very soon, with new tracks coming out revealing the full potential of this project!