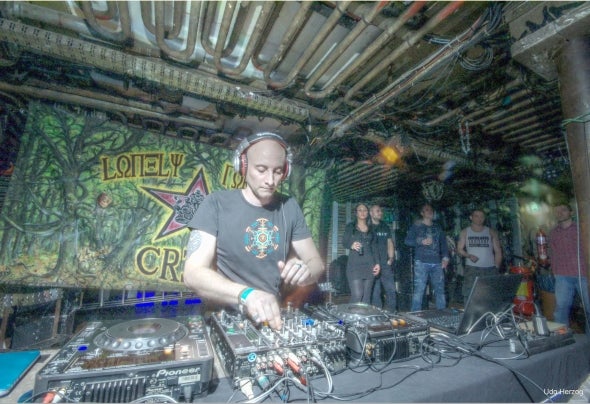 Kalilaskov ASPsy Trance Project from Israel Created by Vadim TcherkashinOwner "Ohm Ganesh Pro" www.ohmganeshpro.comBio :He was born in the USSR near Chernobyl and after the infamous atomic disaster in the region he moved to Israel with his family.In Israel Vadim fell in love with psychedelic trance and eventually decided to pursue his own solo project. Around the same time the nickname Kalilaskov first appeared.Initially it was only a name used by Vadim's close friends to address him (translated as "the kind one" from Belorussian).But later Vadim adopted this name as his permanent alias and added AS to it, which stands for Atomic Station. Thereby Kalilaskov AS was officially born. It did not take long for the global psytrance community to take notice of the young musician and his unique music.The very first release came out on the French Nabi Records and after that multiple compilation releases followed on some of the best labels in the world. Kalilaskov's best of came out in 2008 on Digital Drugs Coalition under the title "Killas" and incorporated Vadim's most renowned compilation tracks.Today Kalilaskov AS is running his own label "Ohm Ganesh Pro", OGP already have 38 worldwide releases and continue to hit dance floors with exclusive music!At the moment Vadim produce Night Full On, Progressive and much more styles as well!