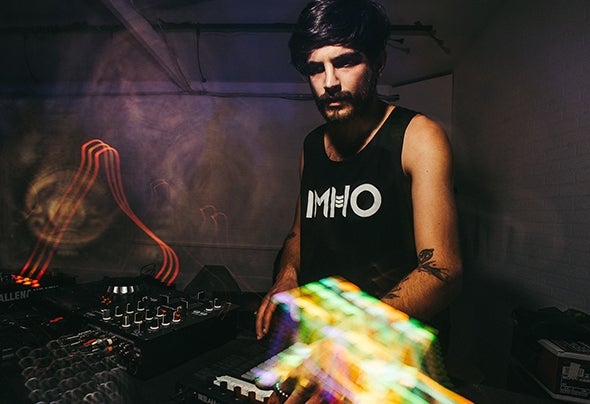 Imho (In My Humble Opinion) is a duo formed by Simone Pisani and Federico Seri, both coming from different music experiences. Simone begins his musical career playing the drums in a band, touring Italy and performing live. He becomes interested in electronic music and starts to produce dubstep, a genere that leads him to share the stage with international artists such as Kill the Noise, Must Die!, Eptic, Dubsidia, Zed Deads, Black Sun Empire, Neonlight, Sub Focus. Simone meets Federico who introduce him to his passion for psychedelic culture and for the production of psytrance music. Federico meets psytrance music during the university and it leads him to take part in lots of festivals. Fallen in love with the atmosphere that you can breathe in such contexts, Federico decides to learn how to produce it with the main purpose of making people feel the same surrealistic emotions and the same moments he perceived. Imho's tracks are built on a research for experimental sounds which ranges from psytrance to darker atmospheres. The 16th January 2018 they release their rst track "Universe" with Speedsound REC. Afterwards, they start playing in the underground scene of their hometown Rome, releasing their rst Ep called "Bitch, be humble" with OHM Ganesh PRO on the 7th September of the same year. The EP contains the tracks "EST3" and "Humbling". The 8th of December 2018 they perform at the event "Shanti" organized by the famous promoter Free Spirit Foundation (WAO Festival). At the moment, they are working on their new album that will be relased in 2019.