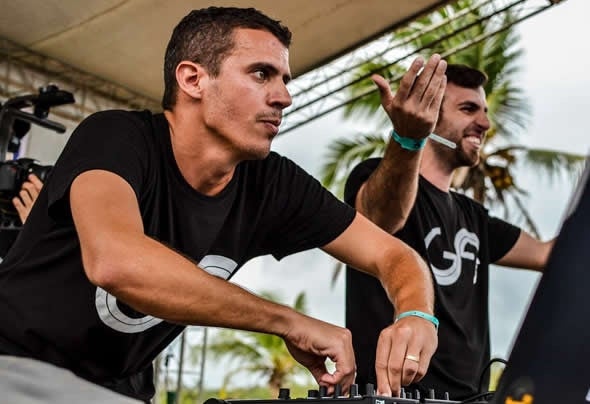 Sawlead Ground is a promising progressive trance duo on the rise from Tel-Aviv, Israel. Maor Nachum & Ram Erez started their common journey as students at Electronic Music Production, at BPM Collage, Tel -Aviv. Where they later graduated. Nowadays you can find the two always working hard on fresh tunes, exploring differemt sounds and genres, taking their music to the edge. Since the two joined forces they have been working on original tracks and remixes. Their first production, a remix to LOUD - 'Small Talk' was released on NANO Records. On January this year, their first EP "Earthquake" (Out on Alien Records, Brazil) conquered the #1 place on Beatport's Top 10 Psy-Trance Releases Chart. Recently their remix to Infected Mushroom - 'Now Is Gold' has won the #2 place on bpmremix contest. Sawlead Ground take both technical skills and emotion, shaping them into a solid sound, pushed to the boundaries. Focusing on fat basslines and massive, powerful grooves, they are a promising name in the world of electronic music. Keep on listening?