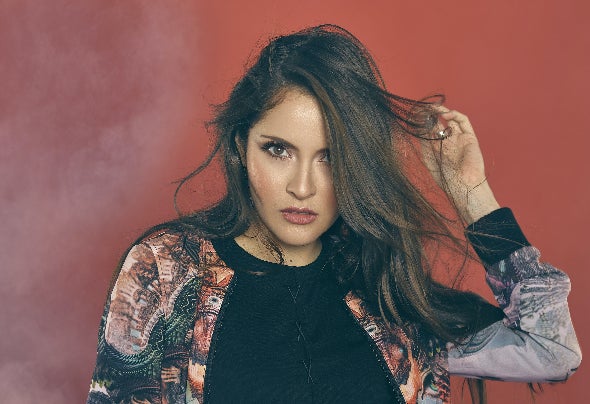 Tania R. Fischer A.K.A. Pollyfonika started to mix at the young age of 16 in her home town of Guadalajara and was soon DJing around the country. She embarked on her first European tour at the age of 18. She continued touring in and outside Mexico, always looking for avant-garde sounds to evolve her music style. Nowadays that style could be described as a combination of pure, deep, seriously-psychedelic full on suitable for any time of night or day. During the 15 years of Tania's career she has had the chance to perform for some of the best psytrance dancefloors in the world, including: Ozora Festival in Hungary, Rainbow Serpent in Australia, Vortex in South Africa, Experience in Thailand, VooV Experience in Germany; Eclipse Festival in Canada; Solstice Festival in Holland; Tundra Festival in Lithuania, One Love & Reisefieber in Switzerland; Own Spirit in Spain; WAO in Italy; Ometeotl, Ritual & Moonshine Gathering in Mexico; BAT in Argentina; Dimension Festival in New Zealand, Festival Solar in Peru, Ayata Festival in Turkey and many other parties in cities such as: Goa, Cape Town, London, Paris, , Dubai, Turin, Toronto, Aarhus, Montreal, Zurich,Hyderabad, San Francisco, Lyon, Bordeaux, Venice, Chennai, Amsterdam, Vienna, Guatemala, and, of course, almost every city in her homeland Mexico. As well as a world-class DJ, Tania is also a talented producer and Pollyfonika tracks have been released on labels such as: Blacklite Records, Samaa, Sangoma, PsynOpticz, Phantasm, Liquid and Mutagen. Pollyfonika tracks have been remixed by: Module Virus; Assimilon; Barak and L.E.O.F. Past collaborations include a side project with Tron called Floating Point. Pollyfonika is currently working hard in the studio for releasing new psytrance bombs and on her Techno side project called Tania Fischer.