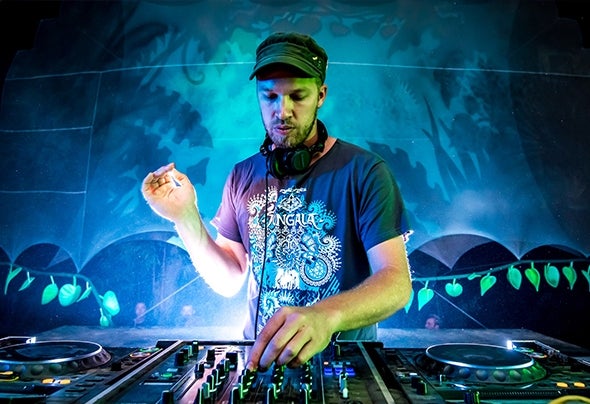 There are numerous aspects to the force that is SwiTcHcaChe. Like a modern Shiva, his various arms are always engaged in creating some aspect of the psychedelic culture, shifting effortlessly between event organiser, record label owner, festival management, dad and D.J.Most well recognised as his Dj persona SwiTcHcaChe, he has spent the last ten years rising from the underground and blazing an unstoppable path straight through the stratosphere....Wearing a wild grin, he seizes the strange controls of the alien machine. In a blur of nimble fingers he tweaks at the illuminated dials, sending the audio ship tearing through the continuem like a sonic surfboard. Cruising through dimensions, switching between worlds, he dives deep into the universal databank unlocking the hidden cache, unleashing ferocious energy straight from the psychedelic core.SwiTcHcaChe is also commander in chief at PsynOpticz Records, their aim: To Traverse the Multiverse in search of the most reality bending music for alien and earthling ears, and to take PsynOpticz to higher dimensions with every cycle, pushing the collective to singularity.Follow on Facebook : https://www.facebook.com/SwiTcHcaChe.PsynOpticz