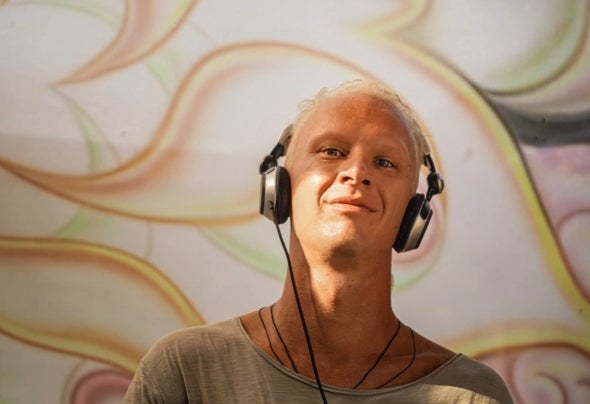 German based Boom Shankar is a Dj for Psychedelic Trance, the label manager of BMSS Records and an event promoter within Europe. Having been initiated into the Goa Trance scene in the early Nineties and by traveling the globe ever since, his sets are a mirror of the constant melting pot of fundamental Psytrance characteristics. Whether he is guiding the dance floor through the night or into the morning, the outcome is always a voyage filled with a depth and an energy that allows the crowd to feel a sense of freedom through Trance. Groovy, deep, mature, hypnotic and clearly distinguishable. Having played at many underground & major events worldwide, he has developed a full understanding of the ow and the energies of each dance floor and is exible in terms of "styles". Through his impromptu sets, he is able to interact personally with each dance oor, taking the audience on a trans-formative journey. His sets are a direct form of communication through music. For Boom Shankar, this process of mutual giving and receiving between the DJ and the audience has led to meaningful feedback from all the major global festivals and from clubs from New York to Bangkok, London, Tel Aviv and nearly every other corner of the world. Besides this, Boom Shankar is the label manager of BMSS Records where he has released 9 best-selling compilations so far: Transmissions, Transition, Cosmic Connections, the Trancendance triptych series (Prologue - Denouement - Epilogue), the Trancefusion 1 and Trancefusion 2 and the 20 years anniversary double CD compilation Return to the Source I and Return to the Source II. In addition, Boom Shankar is part of the S.U.N. Festival crew in Hungary, the Alice im Wummerland party series in Germany and is working on a new music project together with Soul Kontakt from Malta entitled "Lightsource".