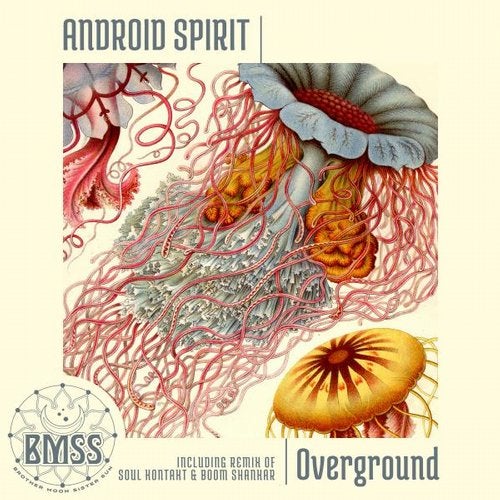 Android Spirit happily present their first EP "Overground" on BMSS Records. The German based duo consist of Tickets and Daksinamurti who have been in the psychedelic scene for years. Last seen together on their collaborative album " Synthetic Organism", they return to deliver more music for maniac mornings.

The first track "Overground", an homage to early Goatrance, has a mechanical edge to it and a grinding dramatic character reminiscent of the times before Goatrance emerged from the underground, and was both recognized and demonized by mainstream media. "Overground" is reminiscent of the days when Goa was the Mecca of Psychedelic culture.

Track two is Android Spirit's interpretation of the BMSS head, Boom Shankar and Soul Kontakt's track "Simulated Reality" which came out as a blistering piece of crackling morning euphoria. The edit is smoother, flecked with psychedelic nuances, orchestral highlights and a reinforcement of mechanical undertones.