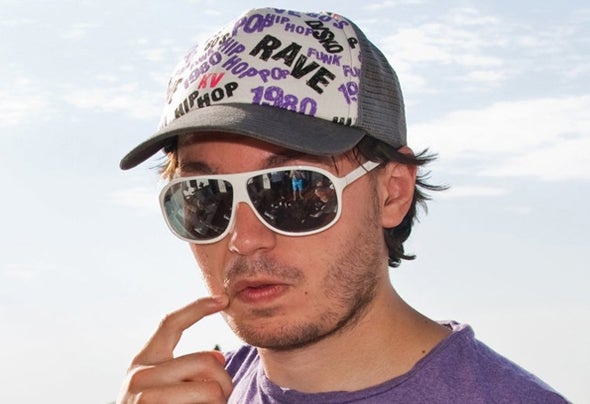 Ever in search of the perfect style fusion, we find Dutchman Michael de Kooker mounting his way up in the world of electronic dance music. Erasing boundaries, touching edges and digging up unknown combo’s of whatever tickles his fancy, this young multi-talent leaves the road ahead empty for whatever good he finds on his way.Early in life, Michael realized that the law of attraction was driving him into the core of music making. Listening to all kinds of music but discovering a strong appeal for the 4 to 4 beat that was played on the radio, made him determined to create his own anthems. Aged 12, he started mastering the keyboard, until he came across the endless possibilities of the personal computer. After several experiments, some leading nowhere, some providing him the basic skills every producer needs, he found out about the unlimited features of FL Studio, which he us es to date. And that’s exactly when things started rolling. Faster and faster.Still perfecting his skills, it was around 2005 that the first few productions left his studio, played out by various DJ’s and appearing in radioshows and dj mixes on the net. It took Michael just 2 years to work towards his first release. Together with DJ Jerom, he was signed to Cloud 9 Music, that released their ‘Body Combat’ collab. Getting into the right flow, it didn’t take long before his first solo-release saw the light. ‘The Twist’, released the on Combined Forces label, got support by almost the entire trance elite, with Tiësto and Paul van Dyk to name but a few. The real big breakthrough wasn’t until the summer of 2008 though.After creating a remix of Vincent de Moor’s classic ‘Sunflower’, Michael put his energetic touch on top of another one: ‘Veracocha – Carte Blanche’. T he Michael de Kooker remix of this contagious trancer reached the Dutch Top 40, was chosen Dance Smash on Holland’s biggest radiostation, Radio 538, and destroyed dancefloors far across the border of his home country. Ever since, Michael’s musical career has been on its way up. His discography includes the bold and tough ‘Glow’, tech-house flavoured ‘Whoohoo’, sun- drenched ‘Fundo Nua’ and remixes for names like Ruben de Ronde, Anthem, Dave Graham and many more. Whether as Michael de Kooker or one of his aliases, Mr. Monsieur or M.W.T., this guy has always been doing what he loves: keeping his ears focused on diversity.Though his musical journey began in the emotional layers of trance music, Michael always kept his vision open to all sorts of styles. From trippin’ house, rousing techno and electro tingled break-beat to chilled out lounge, progressive feel-good and emotional trance melodies, this musical chameleon has colored his productions with all of them, and everything in between. Without ever losing his trademark sound, he indulges EDM-lovers with a full-colour palette of every shade dance music has to offer. Just wait for his canvasses of sounds to be revealed.