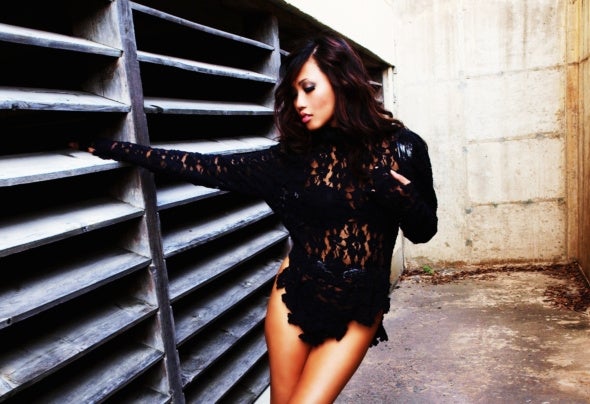 As the world of electronic music has taken an unprecedented move to the forefront, DJs/producers/and singer/songwriters alike have had the opportunity to unveil their talent to the masses in a nontraditional fashion. For EDM artist, Elleah, singing and songwriting always came naturally. Being privileged enough to have been raised in a family were musical talent was encouraged, the aspiring songbird initially decided to pursue her dreams of performing at seven years old. With an unusually relaxed stage presence, she repeatedly gained top honors at multiple singing competitions. After hailing from the illustrious Philippine Islands at a young age, the chestnut haired beauty decided to take residence in Los Angeles, California.After a brief stint dabbling in LA’s mainstream music scene, Elleah decided to venture into a genre she felt she related to on a much more emotional level-- electronic dance music. Her voice is capable of wringing every subtle nuance of emotion from a song, all while subtly adding a hint of soul on occasion. Her unique tone and intonation, paired with her stellar songwriting skills soon caught the attention of trance producer, Ashley Wallbridge, in 2010. The duo churned out the hit, “Walk On Water,” which was featured on Armin van Buuren’s highly acclimated “A State of Trance” radio show, and on numerous compilations throughout the summer. Due to the versatility of her multi-octave range, the songstress has had the pleasure of exploring other subgenres, such as working with house producer, Starkillers and dubstep duo Torch. The collaboration with Torch called "Written" was released on March 30, 2012.Currently, Elleah has been featured in other projects with Ashley Wallbridge (AVA), Tenishia (Armada) Marcus Schossow (Spinnin Records) and Green & Falkner (Afterglow). She just finished a huge project with house producers Oliver Twizt & Sandro Silva called “Pulled the Trigger” to be released on August 6th under MixMash Records, Laidback Luke’s record label. While there is more collaboration in the works, including a feature by Laidback Luke himself, Elleah has aspirations to become a solo female EDM artist within the near future. As the full time musician gears up for a whirlwind year of releases, don’t be surprised to see her name at the top of the charts—solo, of course.