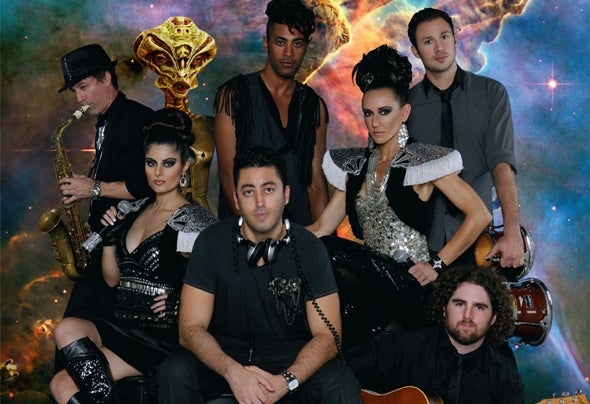 The Shazam Experience (Australia): Their music style is Nu Disco and House music in all its forms (Soulful, Latino, Funky, Deep, Tribal, Progressive & Tech House). As claimed by In The Mix (01/12/09) "If Crazy Penis ever made sweet love with Deadmau5 their lovechild would be The Shazam Experience". The live act has rocked dancefloors across the globe with their unique funk filled shows, including performing live for MTV Europe and headlining internationally renowned Mediterranean dance festival Summer Dance (which over the years has graced the likes of Junior Jack, Kid Creme, Darren Emerson and Gabriel & Dresden, to name a few). Following the 2010 release of their debut EP Lost In Surfers Paradise on Dektek Records, December 2013 sees Tron Tronic Entertainment release their debut album Cosmic Confessions...a journey from the brighter, funkier, more soulful spacey house grooves of the sun...to the darker, edgier cosmic tech & progressivesounds of the moon. With singles from the album also being released on RaMBunktious (Miami) and Respect Music Records, receiving regular airplay in Australia and being supported by the likes of Roger Sanchez, Carl Kennedy, Johnny Gleeson and Phonatics, to name a few. The opening track on the album, Venus To Mars, featured on the official Miami WMC compilation CD for 2012! 2013 has seen great charting topping success for The Shazam Experience! Their track Avatar on the album went to no.1 in both the overall and Progressive House charts of leggo.fm, as well as no.1 in the Progressive House chart of housecharts.net. Gravity, the follow up single to Avatar, also went to no.3 in the Progressive House Chart on housecharts.net, while another track on the Cosmic Confessions album, Bom Chicka Wah Wah, went to no.1 on leggo.fm. The Shazam Experience host their own weekly radio show, The Sound of Shazam, on 105.7 Radio Metro (voted 2nd favourite show of the year in 2013 on the radio station).