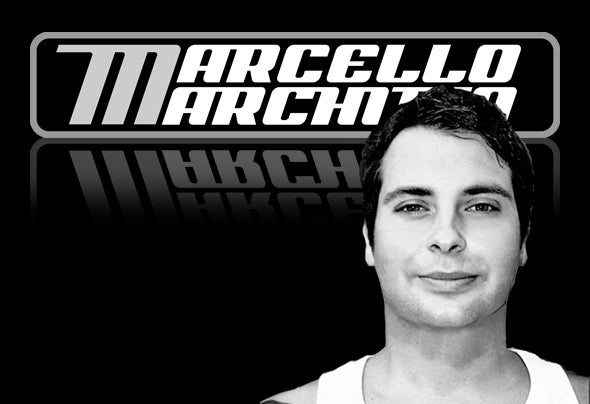 ::MARCELLO MARCHITTO:: DJ :: PRODUCER :: LABEL OWNER :: IBIZA RESIDENT :: Marcello Marchitto, born 1976 in Soest, Germany, had his first encounter with deejaying atthe age of 15. In the following years he played as resident DJ in different clubs always improving his mixing skills. Marcello had his breakthrough as support DJ for the BOYGEORGE TOUR back in 1996. He continuously made his way through well-known festivals like LOVE PARADE and Nature One and finally stranded at the Balearic island Mallorca in1998, where he use to play in the underground scene. Three years later he has moved to the clubbing capital of the world: IBIZA Even though facing the biggest competition within the DJ scene, Marcello approved as one of the top DJs and successfully got listed on various line-ups of the most famous mega parties. 2007 - 2010 Marcello is resident DJ at PRIVILEGE IBIZA (www.privilegeibiza.com), officially the world’s biggest Club listed in the ‘Guinness Book Of World Records’ (capacity more than 10.000 people). Marcello accompanies all Privilege mega parties, such as Tiesto and Supermartxe. Besides his Ibiza residency, Marcello also travels the world with the PRIVILEGE IBIZA WORLD TOUR (www.privilegeworldtour.com) , bringing his unique sound to clubbers in BRAZIL, DUBAI, GERMANY, ITALY, MEXICO and RUSSIA just to name a few key areas. Additional to his DJ career in the Ibiza nightlife Marcello also plays as resident DJ in one of Ibiza’s most beautiful day beach bars at Salinas: the famous SA TRINXA (www.satrinxa.com), where beauties and celebrities merge with extravagant fashion shows and music culture. His 8 to 10 hours sets range from relaxed beach chillout, over to live acts with violins and saxophones up to fresh house tunes. In 1998 Marcello Marchitto discovered his talent as producer and released his first tracks. With that success he started his own record company in 2002: CHICARIA-RECORDS (www.chicaria.com). By now he can call more than 70 RELEASES and REMIXES his own. His first club hit was “Hero Superstar” under the project name GROOVEDUST. Lots ofreleases followed, some of them entered various club charts in different countries and his remix of FLEXY “Mamasita” was put on 26 compilations worldwide and nominated for “BEST LATIN DANCE TRACK” @ WMC 2005 in Miami. Today Marcello is fully based in Ibiza with his own studio. For 2010 he makes more than 90gigs and around 5 new releases are expected and the 2010 PRIVILEGE IBIZA Compilation