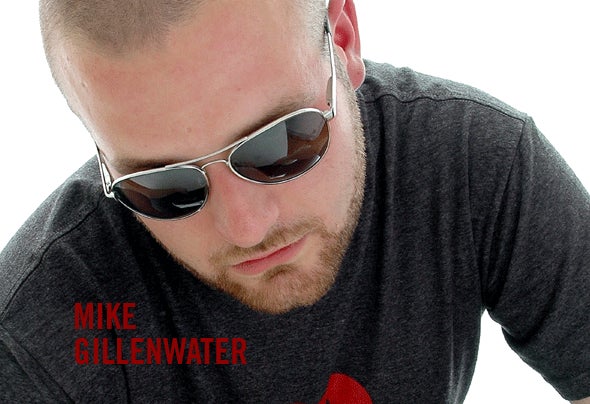 Michael Gillenwater, not only a producer, but a trained musician with roots dating back to the early nineties. At a young age Mike began to develop his skills by performing in orchestras, jazz bands, and garage bands with his classmates. In 1996 Mike bought his first drum machine and began programming patterns, some of which are still used in his current productions. In 2001 Mike moved to Chicago to attend college where he began to produce tracks with his much-acclaimed groups High Caliber and The Funk Monkeys. Both groups have appeared on prestigious record labels such as Subliminal Records, NRK, and Universal. Their immediate success pushed Mike to progress with his style. Mike is now taking on a solo career with Nine Records, as well as releasing records with his other two groups. Mike’s eclectic sound is a reflection of his diverse taste in music which he gained from his lifelong exposure to many genres of music.