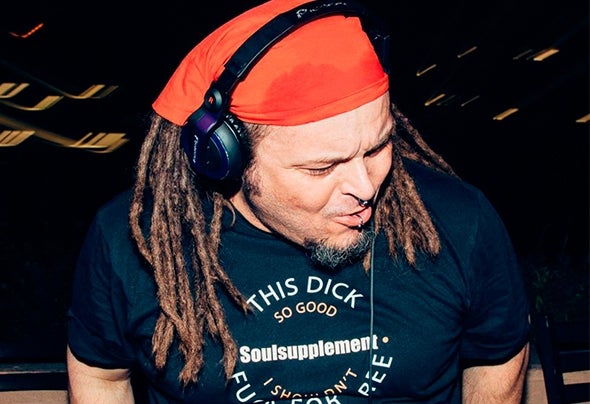 Bruno Browning is the co-founder of the Las Vegas house label Soulsupplement Records and sub-label Soulsupplement Black. Since 2006, Bruno has numerous releases to his credit spanning many genres including everything from funk, drum-n-bass and his true love, house. Dubbed “Master of the Minimal Groove” by many of his contemporaries, Bruno is all about releasing music in its rawest form so that only the purest groove is left to move you.Having already developed his taste for house music from earlier years in the Atlanta club scene, Bruno’s appreciation became more refined during his very fond and formative years living as a part of the San Francisco nightlife. When it came time to fill his crates, the familiar sights and sounds of San Francisco house played an integral role in Bruno’s developing his own deep but decidedly funky sound.In 2011, Bruno and longtime friend Francesca Sisneros formed a production duo that saw success right out of the gate with their first few releases. Francesca and Bruno have spent countless hours together over the past decade behind the decks, exploring new mixes and following where the music led them. It was inevitable that this duo would find their way into the studio to collaborate.Bruno is a voting member of the Recording Academy (The Grammy's) and a member of ASCAP.