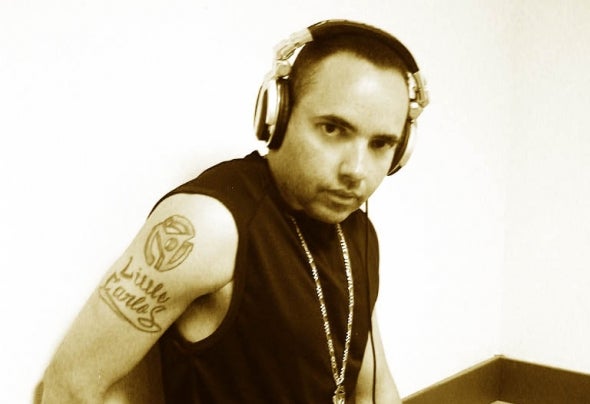 After being inspired by listening to Disco mix shows in New York City, at the young age of 13, Carlos knew that music would be forever a part of his life. His parents nurtured his passion and bought him his first DJ equipment and he set off to make his dream a reality. Born and raised in Brooklyn, New York, Carlos was exposed to a wide variety of musical genre. He was able to sample styles from Classic Disco, the 80’s and Hip Hop, but nothing called to him like the sound of House Music.  In 1988, after meeting House Legend, Todd Terry, Carlos knew that producing music was what he wanted to do. He launched a music campaign and began to cultivate his career becoming best recognized as “Little Carlos”. In 1990, Little teamed up with close friend Howie How to collaborate on their first record “Jammin Breaks on City Limits”. The record launched their career into a full time endeavor.  Little’s big break came when they received an instant hit with Industrial Bass by Project 86 on Nu Groove Records. Project 86 soon gained fame when it was licensed to R&S records in Belgium, and then featured in the almighty television show Kids in the Hall.  Nu Groove soon became the home for How & Little. While signed to them the duo was able to record various tracks. They were also solicited by other popular labels. With this experience, How and Little went on to establish their own label called Onslaught Records. After the doors at Nu Groove closed, Little began to work with other producers on various labels including Hot Productions, 4th Floor Records & Rampage Music. Today, Little is collaborating with his good friend, DJ/Producer Peter Presta. Together this partnership created many dance floor hits around the globe with tracks on 4th Floor Records & Rampage Music, Egoiste, Bush, Boo, Honchos, NRK, Richard Grey's G-High label, Lickin Records in Germany and Presta's AppleJaxx imprint in the UK which Little Carlos was involved with mixing 2 compilation albums for the label called “The Heat of Ibiza” & “AppleJaxx New York This is our House”. In 2005, Little had the honor to be involved with a mix compilation for House Music Legend Todd Terry. He put together some of Todd’s classic hit tunes it was called “The Todd Terry Trilogy: Past, Present & Future” it was a box set on Ink Records (UK). And in 2011 it was also released on Todd’s imprint label Inhouse Records “Todd Terry Trilogy (Continuous DJ Mix)” Little says “It was truly an honor working on this project with such a true house music legend”. When Little is not Producing or Remixing, he still receives DJ bookings. "Playing for crowds that appreciate and support the dance electronic music world is the ultimate high for me" says Little.Although Little Carlos has establish a name for himself in the industry and is recognized for his unique style and compilations of music, Little has always wanted to take his music to a grander level. His ultimate dream is to be recognized on a global scale. When asked how he would measure his success, Little stated, “It doesn’t matter how big a crowd I play to, I just want to be able to DJ in a reputable venue where I can move people with the power of my music and make them forget everything waiting for them outside the door. Making sure everyone has a great time in my room is how I measure my success." Check out Little’s podcast on iTunes called: “Break Till Dawn with Little Carlos” www.littlecarlos.com info@littlecarlos.com