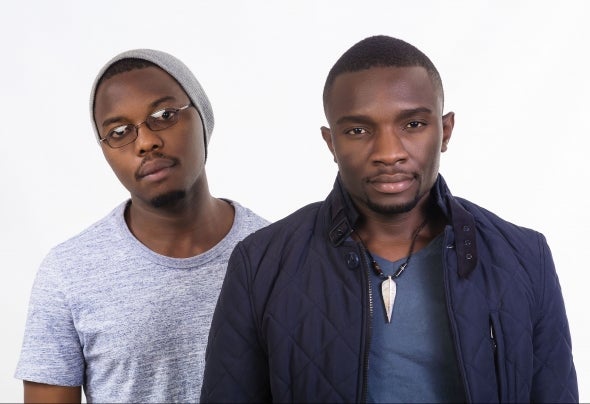 The Zambian Afro House producer/Dj duo comprising of childhood friends from Lusaka Dj Blocks (John Mutale Nshimbi) and Trryybo (Jacob Kapaka Sinyangwe) officially reveled themselves as the Kreative Nativez on May 5th 2017 when they performed together for the first time at Castle Unlocks Black Motion as an opening act. It was during their set that they also played their first production Set Me Free with Kiki Sings (Kiki Militsis) who performed live vocals, on a song which was produced and recorded the night before the show. On 17th June of the same year, they were on the lineup for the R&G Winter Warmer, where they dropped their break out bootleg hit Papa Was A Rollin’ Stone Kreative Nativez Remix, a remix and tribute of the 1976 Motown cult classic by The Temptations. The song caught the attention of veteran South African producer/Dj Dj Cleo, who heard the song and asked the Kreative Nativez to send it to him, after which he uploaded a video of him playing it in the club and as they say the rest is history. Following the cosign, Dj Cleo went on to feature the Kreative Nativez on Nativez Get Down and features Daman on vocals his album Eskhaleni 11 which came out in October 2017. The Nativez are independent and not signed to any label and continue to release and distribute music on various international labels, collaborate with various local and international artists and producers, as well as play at festivals and events. The Nativez Sound has a distinct Zambian feel to it, the structure of the tracks driven by percussion and Zambian House sound, and African universal sound. With music on Sneja Recordings, Arawakan, Madorasindahouse Records, Obenmusik, Melomania, Maluku Records, Union Records, Mr. Afro Deep, IRMA DANCEFLOOR, Sound Chronicles Recordz, Clubstream Pink, Sound Chronicles Recordz, and more. www.residentadvisor.net/dj/kreativenativez