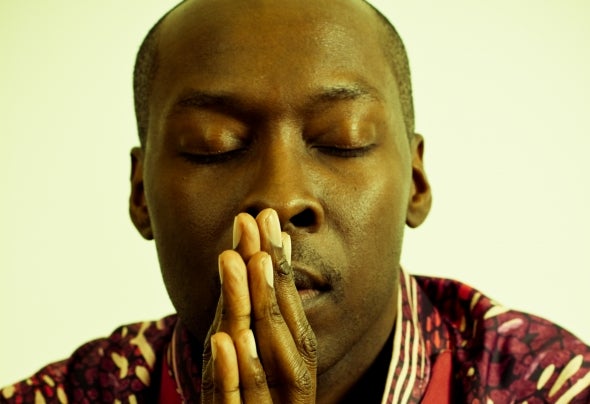 Antonio launched his sophomore project, We Dance We Pray(March 2011! T he project delivers a heady ride, as it musically crisscrosses the continent and the globe. He skillfully manages to take the art of story telling to new heights while riding a musicality that fuses African, soul, funk, gospel, dance and jazz elements into a cohesive whole. Fortunately he manages to stay true to his signature lyrical style while expressing his growth as a musician. With We Dance We Pray, he joins forces with the Soul Candi crew to deliver a musically diverse dance floor experienceA couple of Antonio’s favorites from We Dance We Pray are:Mama Papa (co-written with Nkoto Malebye of Kwani Experience and Max Baloyi) - It is a melancholy song that fluctuates between grief and celebration. It captures the pain of losing one you love as well as the joy of witnessing a life well lived.Lonely Road (co-written with Phoenix Kayode) - This songs folksy style lends itself well to Phoenix’s soulful sounds and Antonio’s unique brand of storytelling. The song captures the essence of a life journey lovingly guided by ancestral wisdom. It is a story that transcends time and culture.My Africa (co- written with Lunga Nombewu and T Mbolekwa of Baainar Records) - is a throbbing dance floor groove with a killer bass line. The song features Refilwe Madumo, who effectively takes the track up a notch. Antonio’s vocals ride a musical wave broadcasting messages of truth and hope. The song effectively embodies the love and pride for a continent coming into its own.Antonio is a familiar face in my homes in SA and around the world, due to his work on Film and Television. His credits include: American History X, Hotel Rwanda, Night Drive, 24, The Practice, Ubizo, Generations, Scandal, Home Affairs and Snitch.In 2002, Johannesburg based poet, lyricist and actor Antonio David Lyons, was launched onto the music scene. His debut single, Nite Fever produced by Soul Khula (Craig Massive and Troye Liley) featuring vocals by Tamara Dey was snatched up by Metro FM’s DJ T-Boss. Nite Fever introduced Antonio’s distinctive styling of poetic house ands mooth vocals to the SA mus ic s cene. Antonio’s ability to capture the art of storytelling in his lyrical content has made him quite popular among local and international producers. In late 2004 Nite Fever was remixed by Native New Yorkers and released on the Gossip Records sub- label Undo as Saturday Night, creating Antonio’s first international release. Saturday Night is featured on the latest offering by YFM’s DJ Fresh, The Definition of House. The success of Nite Fever was followed by Body Poetry, which was produced by Iggy Smallz(YFM) and Revolution for Smallz Sweet Soundz.In 2005 Antonio unleashed searing gospel vocals on Mbuso’s Revenge 2, the first single off DJ Mbuso’s, “Dj Mbuso presents maf&so”. That hit was quickly followed up by the mellow Blue Bass, which heralded his first collaboration with jazz musician, Musa Manzini. 2005 also saw Antonio shift gears and pen lyrics for songstresses Andile Galeiswe (Desert Moon) and Jolene (We can’t be Lovers).Antonio rode the wave of his successes into 2006 with his tribute to the late Iggy Smallz, Iggy’s Song featured on the latest offering from Twistyle (produced by Revolution) and Step Away, which once again paired him with jazz bassist, Musa Manzini.In 2007 Antonio, released is debut Album, Human Jewels. In it he deftly translated his multiple talents as a poetic storyteller, producer, and vocalist into a musical feast. The project featured talent from Johannesburg, Chicago, Dakar, Los Angeles, and Brazzaville. Human Jewels is a lyrical poetic delight that inspires the listener to sit back and relax or get up and dance.2008 saw him become the introductory voice for “Total Bliss” with Azania (Metro FM 9am-12pm). He also rekindled his house collaborations with Revolution with the track My House, which is featured on their CD, Book of Revolution.2009 got off to a blazing start for Antonio with the international success of, Hot Steppin Lady (produced by Dj Clock/Brett Jackson & Remixed by Nick Holder) and Night Shift (produced by G. Family). If that wasn’t enough he also managed to lend his voice to The Presidential Intro and House Nation on Dj Euphonik’s Politics of Dance. He also managed to squeeze in another Collab with Dj Mbuso and Jerah with Medicine Man and Church. Both tracks were included in the album Maf& So: Remixed and Revisited. Medicine Man did exceptionally well in local and international markets.In 2010 he extended his reach into International waters with the release of the Human Jewels Ep released by Trouble Kids Records out of Spain. T he Ep included: Suga Foot (G. FamilyPhat Suga Drop Remix), What If (G. Family Corner Cafe Mix), Suga Foot (Rocco's Dub Remix), What If (Jesus Gonsev Remix)2011 not only saw the release of We Dance We pray, but also first time collaborations with house music producers Rowick Deep (We Got That Good Stuff) and Soletek (Uhuru Soul).