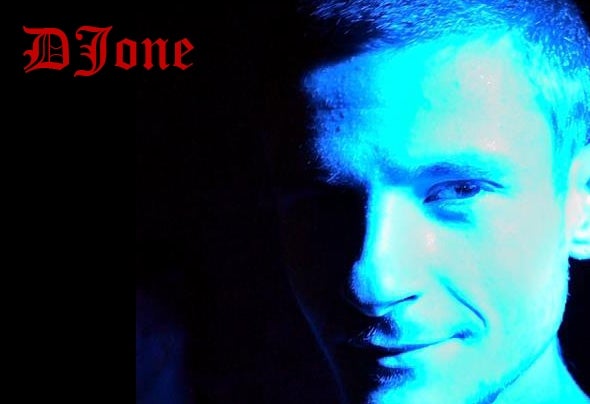 Jovan Cvejić known as DJone, was born in 1989 in Zrenjanin/SerbiaSince he was little kid, show interests in electronical music (what was very unusual at that time in his country for kids at that age)At age 13 he started to organise his own parties, but with little expiriance ''behind decks'' he wanted to learn more, so one thing lead to antoher and finally got recognized by local DJ/Radio host, who gives local kid a chance to breakIn 2005, started to co-hosting local radio show ''Club Machine'' and improve his skills as DJ. Later in 2006. he earnd title as youngest skilled DJAs working on radio station, one of his duties was to produce and record radio comercials that is where he got his first steps in music production.As beeing a resident DJ in club Bassic (Serbia) since 2006. to 2009. He introduces House Music to local crowd later on followed by more energetic sets. Later in 2011. take over residenture along with his fella Whitestarr at one and only underground club in his city ''PWH - Pub White Horse''So, natural path to follow from beeing a DJ to producer. His production carrier started at the end of 2006. With little sucsess nothing happened untill the begining of 2008. when he lounches his unofficial remix of Funkerman - Speed Up, wich got him recognized amog Serbias finest DJ's and producers. That wasnt enough for him so he started to remixing and bootleging everything he got his hands on (Daft Punk, Bob Sinclair, Quentin Harris... etc)His first original track ''Save Our Soul'' (wich didnt got signed) got debut on Innervasion Radio and latter at Ministry of Sound. by this day that track stayed as Exclusive Promo /Only for DJ's. Since that he got support from many important names in electronic music industry.Later in 2011 his work got discovered by Digital Killers Records. 2 techno colaborated bombs between DJone and DJIX got signed right away ''Emotionally Separated'' and ''Boomerang''. Later on he continues to colaborate with DKR, and followed by number of remixes and original tracksBy this day everything he learnd about production and DJ-ing was self -learnedAs he like to say ''I aint special, I am the guy next to you on the bus stop, behind you in the supermarket, the same guy who waits at doctors appointment... No I aint special, just watching things with different eyes, listening music with different ears''