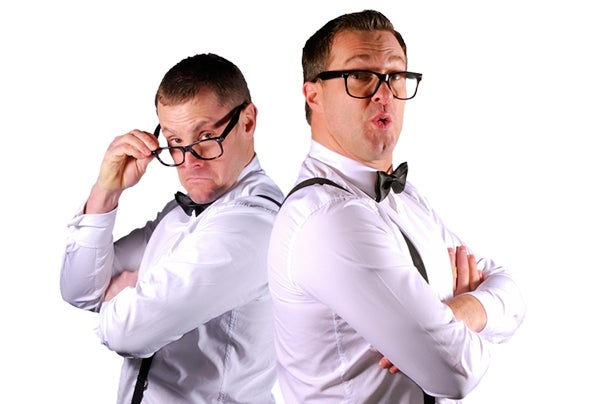 Original in every sense of the word, Manchester DJing duo, The House Hookers are a true force not to be reckoned with as DJs and producers they are equally passionate about their house music as they are about the crowds they play to. With over 20+ years DJing experience between them that ranges from big outdoor raves to intimate gatherings, the moment the pair joined forces and embarked on their epic journey in 2010, They have been on what can only be described as a roller coaster adventure which is getting faster. Known for their uplifting music & the big floor fillers & the things they do, these crazy lads have played at clubs all over the global over the years, the UK, Europe & the US in the likes of Exchange in Los Angeles, Spin in San Diego, Sankeys, Space, Love to Be, Ministry of Sound, Pacha, Amnesia, Gatecrasher, Size Matters, Toolroom the list gos on. Played along side the likes of TJR, Prok + Fitch, Juan Kidd, Jason Herd, Futuristic Polar bears, MatthiasTanzmann, Danny Howard, Judge Jules, Halliwell & Laidback Luke to name a few whilst also fitting in numerous infamous Ibiza / UK boat parties along the way. This has earned them credibility and respect in the scene.2012 is proving a very fast paced and busy year for this pair, who have already played alongside Boy George & Marc Vedo at the Official closing-party for the UK & Europe Fashion Week, releaseing their tracks, which are available for download on Juno, Beatport, iTunes etc and headlined at the UKs first all day event with 3000 clubbers. All this and the duo still manage to fit in a there monthly Sunday Essential Podcast which is receiving hundreds of downloads per month on iTunes, not to mention monthly slots on several US stations, it is these achievements that are starting to make the guys the UKs most sought after duo. These guys are becoming the so-called talk of the town. The Hookers are not ones to sit back, away from the decks the guys spend a lot of time in the studio making & remixing tracks even for other artists & record companies, always making sure that every track they release has that original Hooker touch. Their music has gained support from some of the biggest Artists in the world, Not many people can say that their releases, remixes & bootlegs have been supported from the Likes of Paul Van Dyk, Carl Cox, Radio one DJs & local radio shows to name but a few. The House Hookers are entertainers & DJs as they are know for making their lives sets entertaining in that hooker way. Their bootlegs have become legendary throughout club land with that Hooker touch it guarantees to set any dance floor on fire. Signed to a number of records companies and working alongside lots of different producers The House Hookers have some amazing uplifting tracks due out. 2013 is going to be another strong & bigger year for this talented crazy Duo their tour schedule is also filling up nicely. With gigs in Ibiza, Europe & the likes of Miami festivals already penciled in also the UK & Ireland, this leaves just enough time to embark on a month long tour of the USA, where they will play alongside some the worlds best known DJs, making them truly International. This crazy Duo will always be rocking the crowds wherever they play!