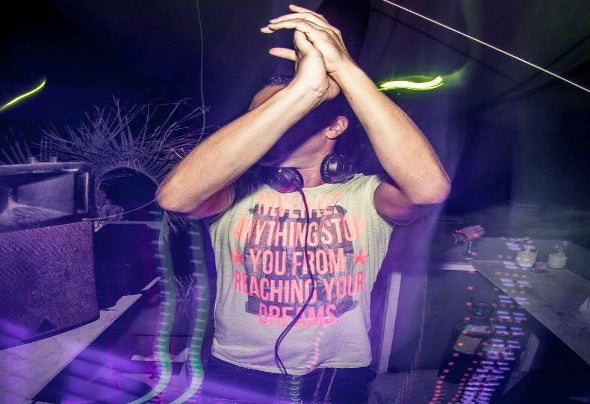 To talk about Pedro Panona is to talk about the evolution of electronic music in the Levante area of Almería, 23 years ago he fell in love with underground music and the club scene and although he started mixing with vinyl. It was a few years later, in 2004 approx. and having a great job, when I give up everything to invest in equipment and professionalize their technique, always with humility and learning from any artist and event, yes, always with a fixed idea, which is none other than getting the public to enjoy, as he does it in every mix and set, which makes him transmit joy and infect everyone who listens to him, connecting with the public in a special way thanks to his charisma, whether he has 20 or 2000 in front of him... being very demanding with musical selection and after a lifetime compiling music, coupled with exquisite taste, his sessions, whether Deep, Tech or Techno, leave no one indifferent, since his 4-channel mixes make some records talk to each other, always with an almost magical harmony and bursting the room with each high. In his long career, in addition to organizing endless parties, after parties and raves, he has been a resident in some of the best clubs in Murcia and Almería, . many others, such as the festivals He is currently a resident in Aurora Beach (Mojacar) where he offers something unique in Mojacar playa, underground electronic music and also in Akua Palomares where he offers, especially on the mornings of the Dreambeach festival since its first edition, marathon sessions of 6, 8 or even 12 hours with thousands of people breaking the track. As a producer, he has released more than 40 tracks on national labels, all with great sales success, such as his latest EP Calambre Mental, where he managed to sneak into the 46th position in the top 100 releases on Beatport. Without a doubt, he is an artist that you will not forget.